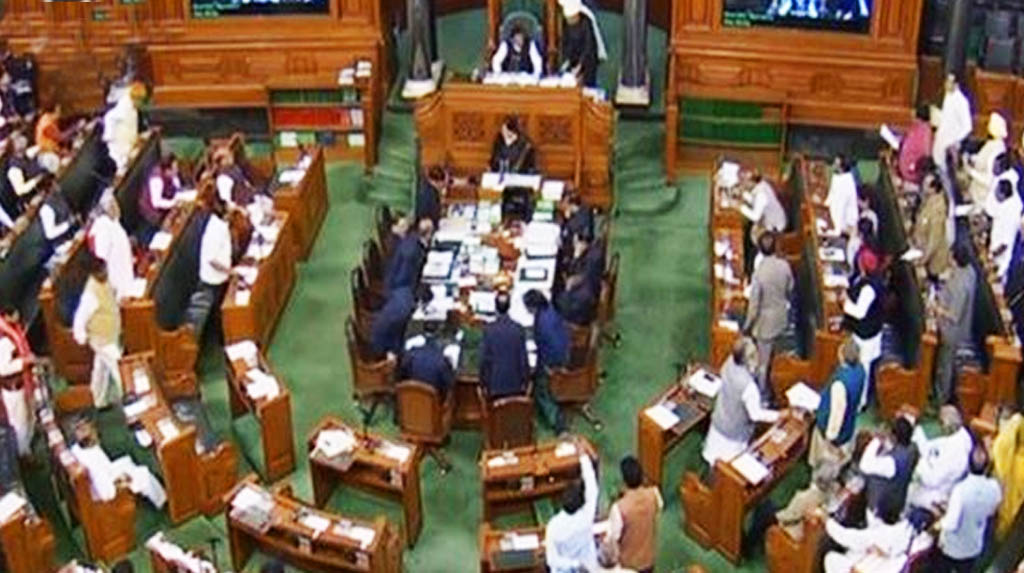 New Delhi:  The Lok Sabha on Friday passed the Mineral Laws (Amendment) Bill, 2020 amid the uproar by the opposition members over the last week’s Delhi violence.

The Mineral Laws (Amendment) Bill, 2020 was moved by Parliamentary Affairs Minister Pralhad Joshi for consideration and passing. The Bill was passed amid uproar by the opposition members demanding immediate discussion on last week Delhi violence, in which at least 52 people have died and over 263 injured. The Bill seeks amendment to the Mines and Minerals (Development and Regulation) Act, 1957 and to amend the Coal Mines (Special Provisions) Act, 2015.

The Bill was passed without discussion amid uproar by opposition members in the House. The Congress and other opposition parties have been demanding a discussion on the last week Delhi riots immediately. The government has said that it was ready to discuss the Delhi riots on March 11 in the Lower House.