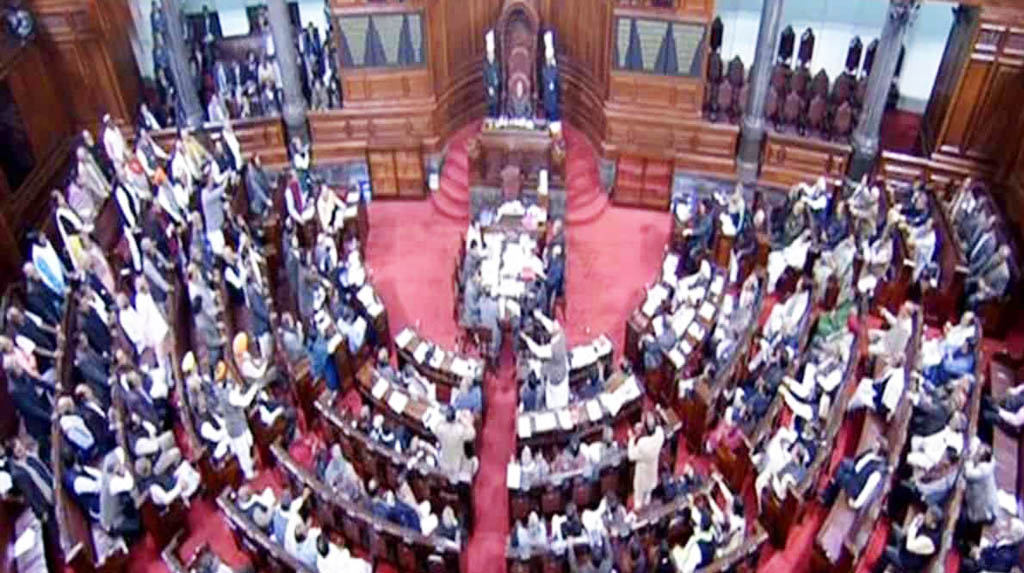 This is the fifth day in row when the Upper House of Parliament could not transact any business due to the opposition uproar.

The opposition has upped the ante despite the fact that discussion on the issue will be held after Holi on March 10.

As the House proceedings began earlier in the day, Naidu read out a statement to mark the International Women’s Day on March 8, wherein he lauded women’s role in all spheres of life. He said that he chose to make the remarks on Friday since March 8 was a holiday.

The Chairman also observed that the media should have highlighted a statement on coronavirus by Union Health Minister Harsh Vardhan in the House on Thursday since it was an issue of public concern. He said that “unfortunately a section of the media did not focus on it”.

He thereafter initiated the Zero Hour, following which opposition members stood up near their seat and raised slogans in support of their demand.

Naidu asked BJP member Kailash Soni to speak, after which opposition lawmakers from the Congress, Bahujan Samaj Party, and Trinamool Congress trooped near the Chairman’s podium and began raising slogans.

Warning some of the agitating members who stood near his seat, Naidu said that if they did not return to their seats, he would name them.

However, he warning was ignored by opposition members who kept on sloganeering. The Chairman then adjourned the House till 11 am on March 11.

On Thursday also, Naidu adjourned the House following opposition demand for an immediate discussion on the Delhi riots. After appealing to the members to stop sloganeering, Naidu said: “This is Parliament, not a bazaar.”