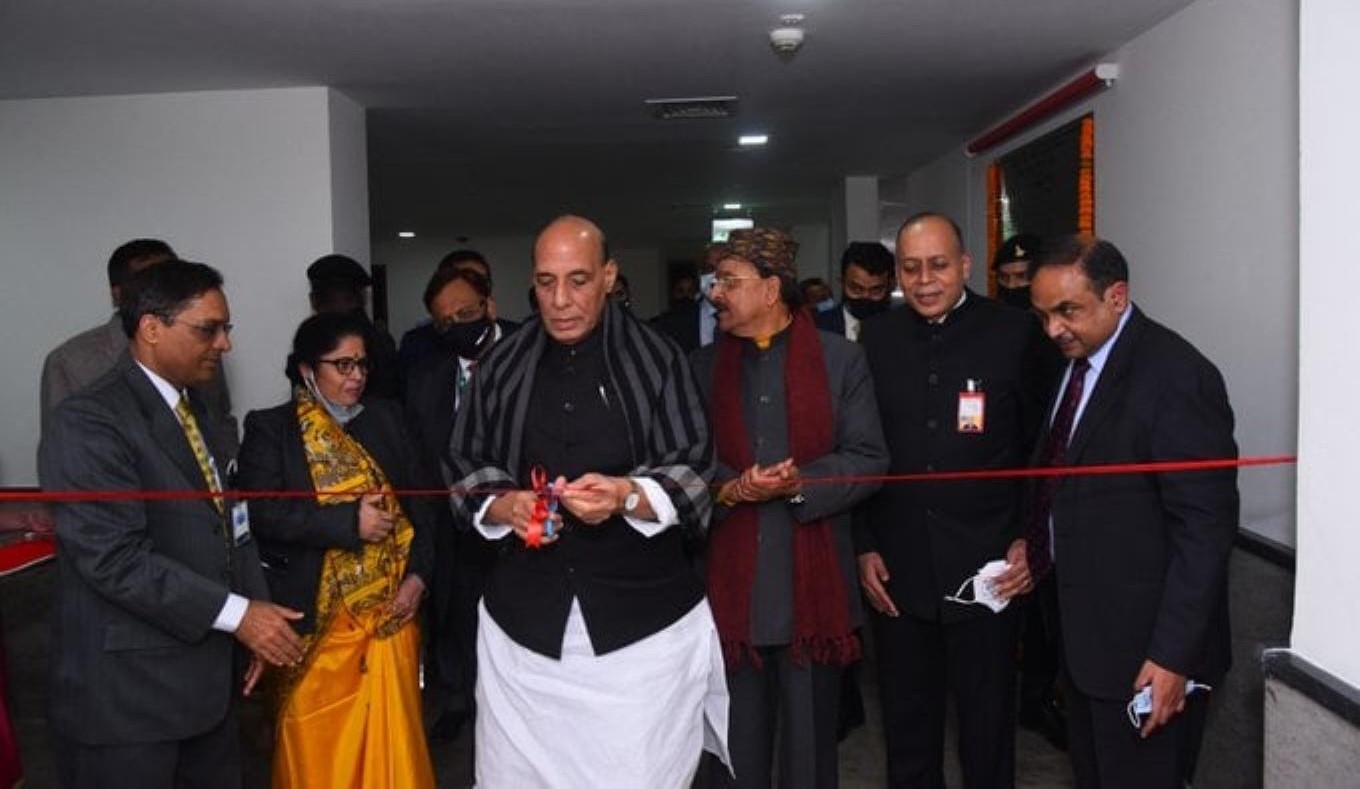 New Delhi: As a part of the Capacity Building initiative of the Government of India, National Institute of Defence Estates Management (NIDEM) one of the premier Central Training Institutes has established a Centre of Excellence in Land Survey. This centre was inaugurated on 16th December 2021 by the Raksha Mantri Rajnath Singh.

Defence Estates Organisation constantly undertakes land surveys as a part of their domain specialization and thereby developed expertise in this area of activity. The Centre of Excellence will cater to the training needs of Government officers and technical personnel who are involved in surveys exclusively in emerging survey technologies like Drone surveys and Satellite imagery-based surveys. Nowadays real-time monitoring systems based on digital photogrammetric techniques, high-resolution satellite imagery, airborne and terrestrial laser scanner devices can give a set of powerful tools for geometric surveying and modelling. The Centre of Excellence is focused on such new techniques of the survey.

The expertise developed in this regard will be shared with other Central and State Government Departments including autonomous bodies who are willing to sponsor participants to the basis and specialized courses to be conducted at the Centre of Excellence. The Centre of Excellence obtains services from premier institutions like NRSC, NIGST, SPA Delhi and experts from the survey industry as resource faculty and aims to develop inhouse capacities very soon.

Raksha Mantri Shri Rajnath Singh, speaking on the occasion, reiterated the need for undertaking a land survey on a continuous basis and felicitated the Defence Estates Department for the path-breaking initiative of setting up the Centre of Excellence Land Survey and also emphasised the need for opening up the facility to all other Government Department also.

Shri Ajay Kumar Sharma, DGDE while speaking on the occasion informed that the Centre of Excellence at NIDEM is the culmination of one of the thought processes enunciated by Dr. Ajay Kumar, the Defence Secretary as part of DGDE’s Capacity Building process and all steps will be taken to bring the Centre of Excellence on the national arena to become a premier Training Centre for Survey in latest techniques.