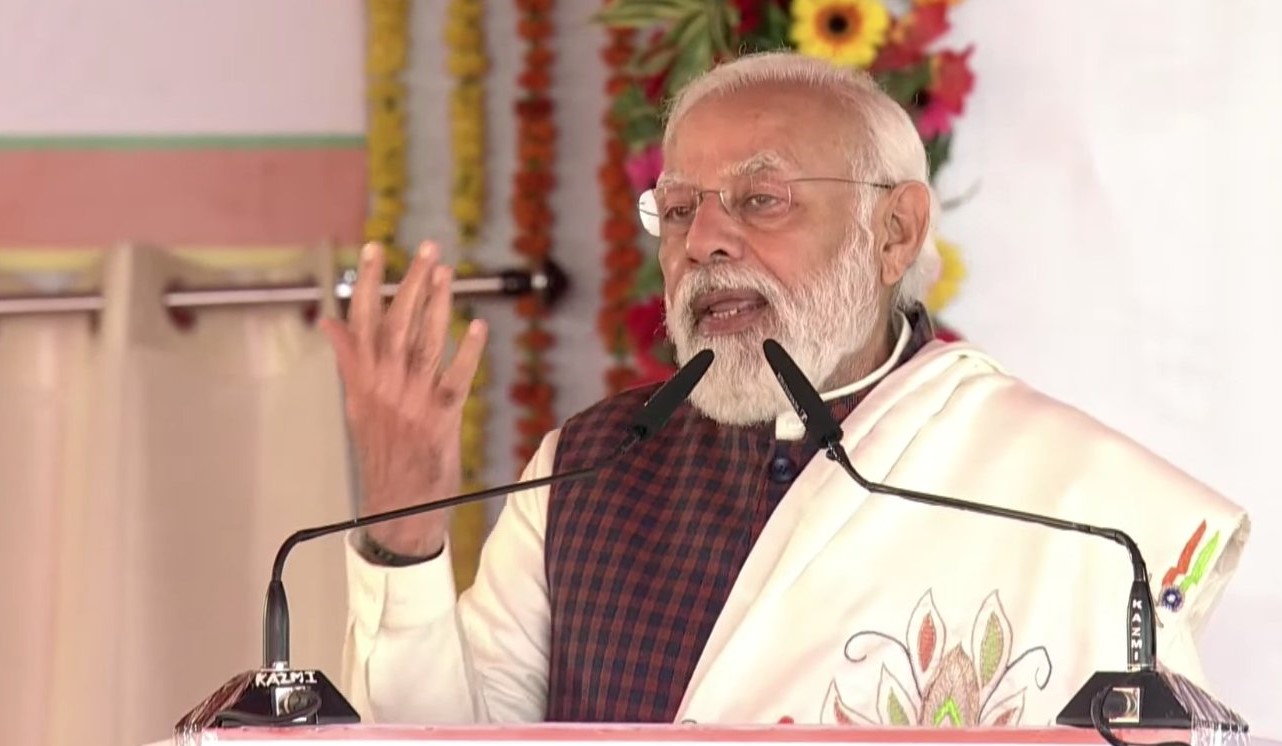 The Prime Minister remarked that Maa Ganga is the source of all auspiciousness and all progress. Maa Ganga gives all the happiness, and takes away all the pain. Similarly, Ganga Expressway will also open new doors of progress for UP. It will be a source of five boons for the state, said the Prime Minister, referring to the network of expressways, new airports and railway routes. First boon – saving people\’s time. Second boon- Increase in convenience and ease of people. Third boon- Proper use of resources of UP. Fourth boon- Increase in the capabilities of UP. Fifth boon – all-round prosperity in UP.

‘With the mantra of Sabka Saath, Sabka Vikas, Sabka Vishwas and Sabka Prayas, we are making sincere efforts for the development of UP”, he said. The Prime Minister brought the focus to the situation five years ago. “Except in some areas of the state, electricity was not available in other cities and villages. The government of double engine has not only given about 80 lakh free electricity connections in UP, but every district is being given many times more electricity than before”, he added. He said more than 30 lakh poor people got pucca houses and this campaign will continue to cover all the remaining entitled beneficiaries. In Shahjahanpur also 50 thousand pucca houses were built.

For the first time development of dalits, deprived and backward is being prioritized at his level, he said. He added “the priority of the government is to bring the benefits of development to whoever is left behind in the society and is backward.The same sentiment is reflected in our agriculture policy and in the policy related to farmers”.

It is these people who question the army’s action against the masters of terror. These are the people who put the Made in India corona vaccine made by Indian scientists in the dock”, the Prime MInister said. He recalled the abysmal law and order situation in the state that changed for the better in recent times. The Prime Minister gave the formulation U.P.Y.O.G.I – UP plus Yogi bahut hai upyogi (is very useful).

It passes through Meerut, Hapur, Bulandshahr, Amroha, Sambhal, Budaun, Shahjahanpur, Hardoi, Unnao, RaeBareli, Pratapgarh and Prayagraj. Upon completion of work, it will become the longest expressway of Uttar Pradesh, connecting the western and eastern regions of the state. A 3.5 Km long air strip for assisting emergency take off and landing of Air Force planes will also be constructed on the Expressway in Shahjahanpur. An industrial corridor is also proposed to be built along the Expressway.

The Expressway will also give a fillip to multiple sectors including industrial development, trade, agriculture, tourism etc. It will provide a big boost to the socio-economic development of the region.