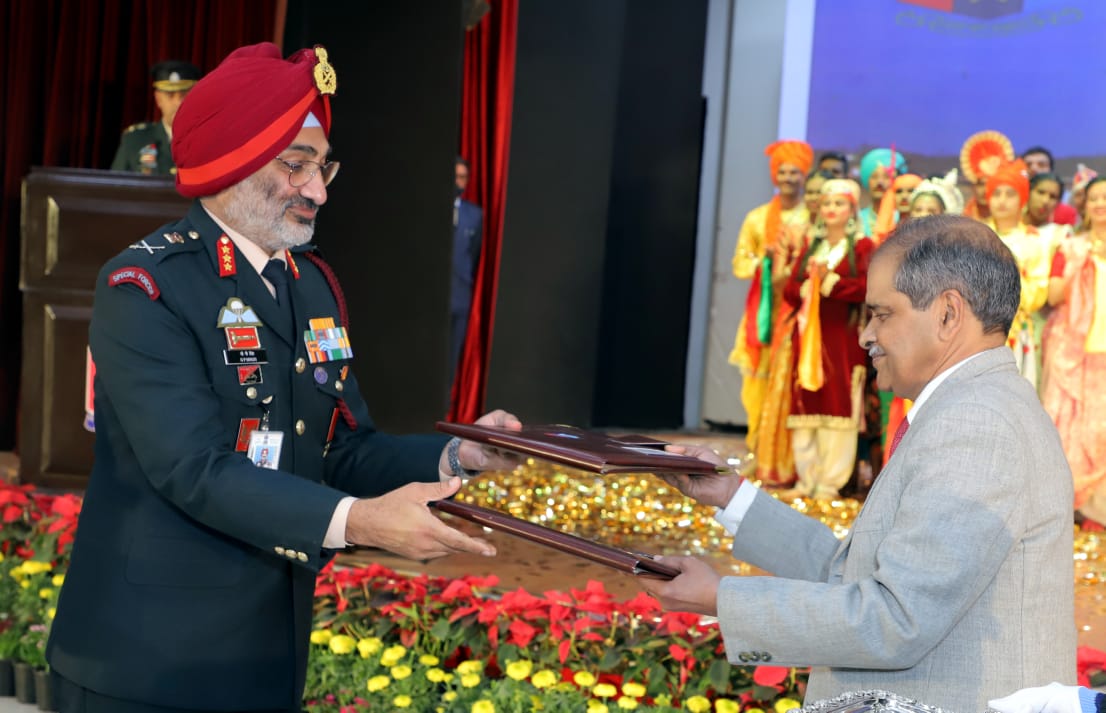 New Delhi: The National Cadet Corps (NCC) and National Highways Authority of India (NHAI) signed a Memorandum of Understanding (MoU) to reuse plastic wastes collected by NCC Cadets during Puneet Sagar Abhiyan and other Swachhta activities for construction of roads by NHAI throughout the country. To promote and create favourable conditions for environmental safety, NCC has initiated a nationwide campaign Puneet Sagar Abhiyan to clean seashores and beaches off the plastic & other wastes along the seashores and increase awareness about importance of keeping the seashores free from plastic wastes.

The aim of the Campaign is to propagate the message of ‘Importance of clean seashores and beaches’ amongst the local population and future generations. A total of 3,40,000 cadets from 127 Coastal Area NCC Units are participating in the month-long activity. So far, the NCC cadets at different locations have collected plastic wastes amounting to almost six tons from these areas.

The plastic wastes collected is planned to be handed over to NHAI which they can use in road construction. The MoU between NCC and NHAI has been signed and exchanged on 17 December 2021 by Director General NCC Lt Gen Gurbirpal Singh and Chief General Manager, NHAI Mr Sushil Kumar Mishra.

The National Cadet Corps has also approached IITs and NIITs for their cooperation in recycling and gainful utilisation of the plastic wastes collected. IIT Kharagpur has already agreed to extend their technical expertise in this. The National Cadet Corps is also approaching NGOs who are involved in recycling of plastic wastes, one of whom, Odisha Yuva Chetana Sangathhan has already agreed to provide assistance.

In addition to physically cleaning the beaches the cadets have also taken up mass awareness campaign to educate the people regarding the evils and harms of plastic use and the damage plastic is doing to our natural resources. The cadets are also interacting withpublic, tourists, local shopkeepers/vendors and fisherman along the coastal areas, distributing pamphlets, administering oaths to the target population, performing theme based Nukkad Nataks & rallies and foot patrols to drive home the message of importance of clean sea beaches. Till date, almost 1.5 lakh cadets at 64 different locations have participated in the Puneet Sagar Abhiyan and have impacted a population of approximately 17 Lakh.