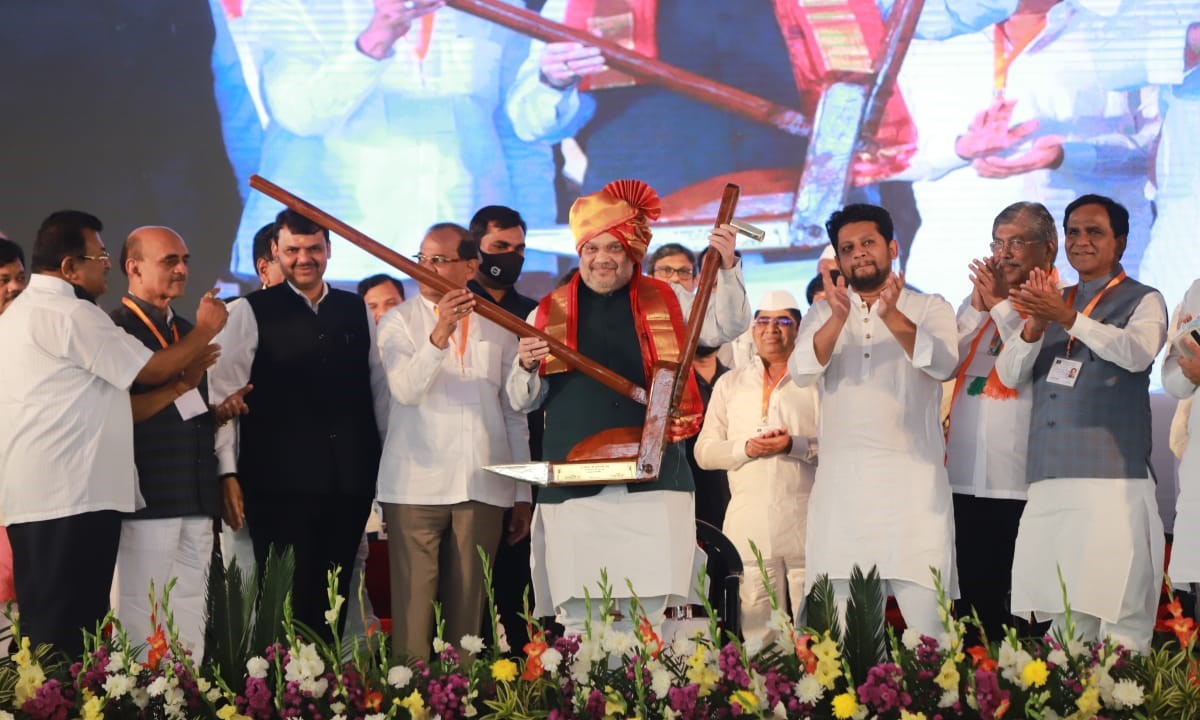 New Delhi: Union Minister for Cooperation Amit Shah has said that a new cooperative sector policy would be unveiled soon which would serve the needs of several decades ahead. He was addressing Sahakar Parishad and farmers meet organized by senior BJP leader Radhakrishna Vikhe Patil at Loni in Ahmednagar district today.

He said Loni is the ‘Kashi’ of the cooperative movement and Vithalrao Vikhe-Patil, Dhananjay Gadgil and Vaikunthbhai Mehta gave momentum to this movement. Owing to the importance of cooperatives the Modi government has created a separate ministry for it as cooperatives are still relevant today and ‘sabka saath sabka vikaas’ can be achieved through them, Shah said.

He lamented the corruption in cooperative banks that were once considered as ideal. Shah said by bringing transparency in the cooperatives movement it can sustain for years to come and the union government will provide all the help needed to the movement.