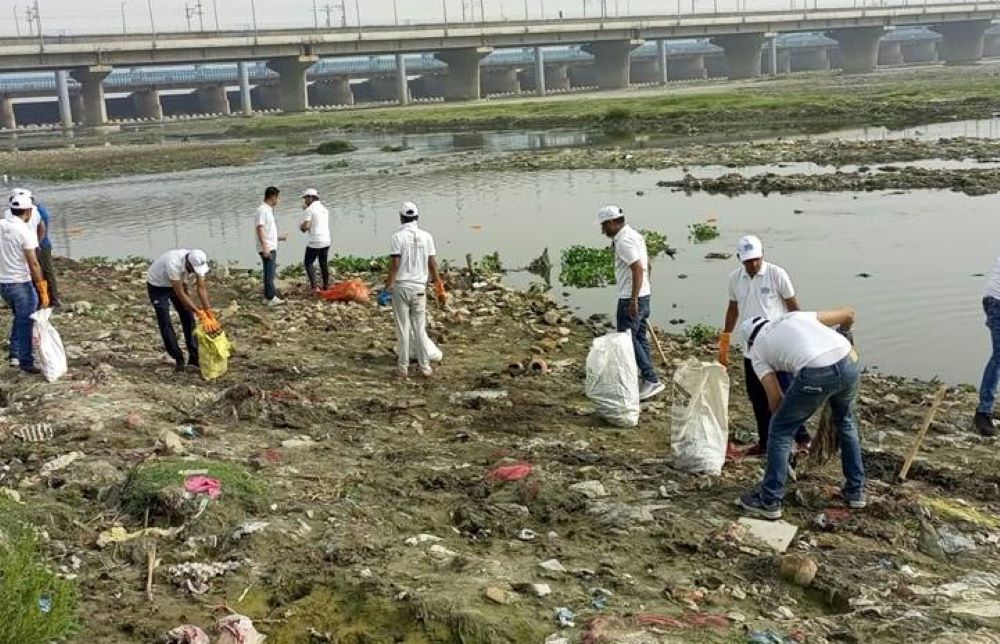 New Delhi: To mark the beginning of a Clean Yamuna campaign, National Mission for Clean Ganga (NMCG) and a group of NGOs organized cleanliness drives at 7 ghats on Yamuna in the National Capital today. Students from schools and colleges also participated in the Shram Daan activities organized on the 7 ghats including Kalindi Kunj, Chhat Ghat, Nigambodh Ghat, Signature Bridge, Sonia Vihar Pushta 1, Thokar#17, Sungerpur, Thokar#18, Gandhi Nagar and Thokar#21, Gandhi Nagar. Officials from Delhi Jal Board (DJB) and Municipal Corporation of Delhi (MCD) in large numbers joined the cleanliness drive, which began at 7 am.

Executive Director (Technical), NMCG, Shri D.P, Mathuria took part in the event and interacted with the stakeholders, especially young students, on the importance of keeping our river clean for a better and sustainable future. He motivated the participants to become part of this Clean Yamuna movement that is gaining momentum.

The cleaning of tributaries of River Ganga, especially, Yamuna, is one of the focus areas of Namami Gange Programme. While 318 MLD STP at Coronation Pillar has been commissioned recently, 3 other main STPs on Yamuna funded by NMCG are targeted to be completed by December 2022. These include Rithala, Kondli and Okhla, which is one of the biggest STPs in Asia. This will help in preventing sewage from drains falling into Yamuna. A total of 12 projects for the treatment of 1385 MLD sewage have been taken up at a cost of about Rs. 2354 crore under Namami Gange Program in Delhi, to abate the pollution in River Yamuna. 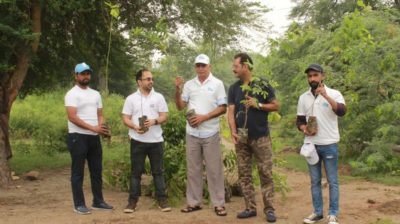