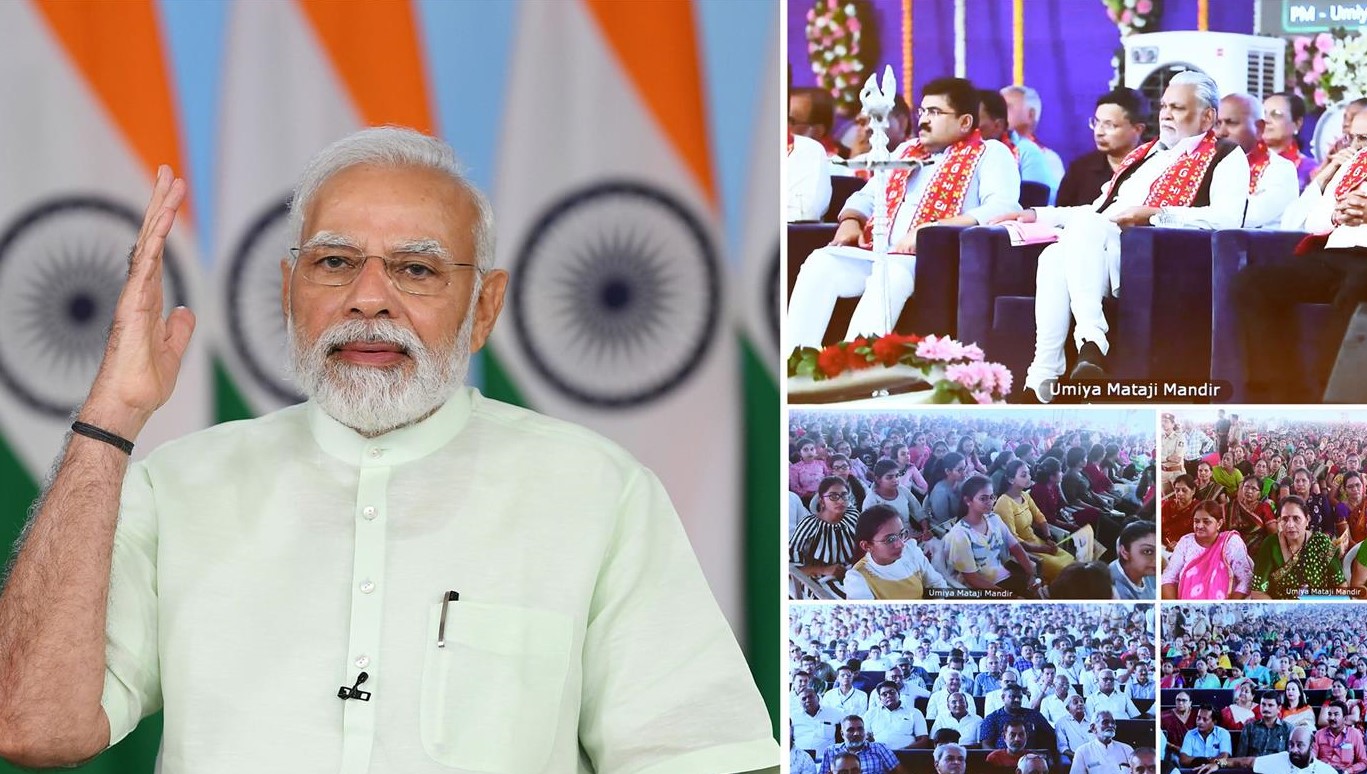 The Prime Minister greeted the gathering on the auspicious occasion of the foundation day of the temple and Ram Navami. The Prime Minister wished on the auspicious occasion of Chaitra Navratri that Maa Siddhidatrifulfil all the wishes of the devotees. He also bowed to the holy land of Girnar. The Prime Minister told the gathering that he has always felt their collective strength and concern for the betterment of the state and the country. He also said that Ram Navami is being celebrated at a grand scale in Ayodhya and in the entire country. He also expressed gratitude for getting an opportunity of dedicating the temple in 2008 and to pay obeisance to Maa Umiya for last many years.

The Prime Minister expressed happiness that apart from being important place of spiritual and divine importance, Umiya Mata Temple at Gathila has become a place of social consciousness and tourism. By the grace of Maa Umiya, said the Prime Minister, society and devotees have undertaken many great tasks.

The Prime Minister noted that as a devotee of Maa Umiya, it is not possible for people to cause any damage to the mother earth. As we do not feed unnecessary medicines to our mother, we should not use unnecessary chemicals on our land too, he said. He talked about measures to preserve land area like water preservation schemes like per drop more crop. He recalled the Jan Andolan undertaken during his tenure as Chief Minister of the state.

He said we cannot afford to relax on the movement of water preservation. He also said that mother earth needs to be protected from chemicals. He reiterated the need to promote natural farming. He said as he and Keshubhai worked for water, current Chief Minister is working for mother earth.

The Prime Minister also expressed happiness that by the grace of the Maa Umiya and other deities and by the efforts of the government, gender ratio improved and BetiBachao movement showed good result. He noted that a large number of girls from Gujarat are representing the country in Olympics. He also emphasized the need to be active against malnutrition among children and girls.

He emphasized the need to take special care of nutrition of the expecting mothers. Pain of malnutrition needs to be completely eradicated, he stressed. Shri Modi asked for healthy baby competition in the villages by the temple trust. He also requested for coaching classes for poor students, spaces and halls of the temple can also be used for yoga camps and classes, he said.

The Prime Minister also reiterated the importance of the Azadi ka Amrit Mahotsav and Amrit Kaal. He asked the gathering to raise the awareness and resolve about the shape of the society, village and the country in their hearts. He also stressed his vision of 75 Amrit Sarovars in every district. He said that for the people of Gujarat who had made thousands of check dams, this should not be too big a task but the impact of this effort will be huge. He asked this task to be completed before 15 August, 2023. He asked for social movement for this. He said that social consciousness should be the moving force.

Referring to the efforts during the pandemic, The Prime Minister said that the virus is very deceptive and we have to remain vigilant against this. He said that India has performed an amazing feat of administering 185 crore doses of vaccines. He credited social awareness for this and other movements like Swachhta and Single Use Plastic reduction. He said that along with spiritual dimension centres of faith play a major role in spreading social consciousness.

Inauguration of the temple was also done by Prime Minister Shri Narendra Modi in 2008, when he was the Chief Minister of Gujarat. Based on suggestions given by the Prime Minister in 2008, temple trust has expanded its scope into various social and health related activities as well such as free cataract operations and free ayurvedic medicines for economically weaker patients etc.