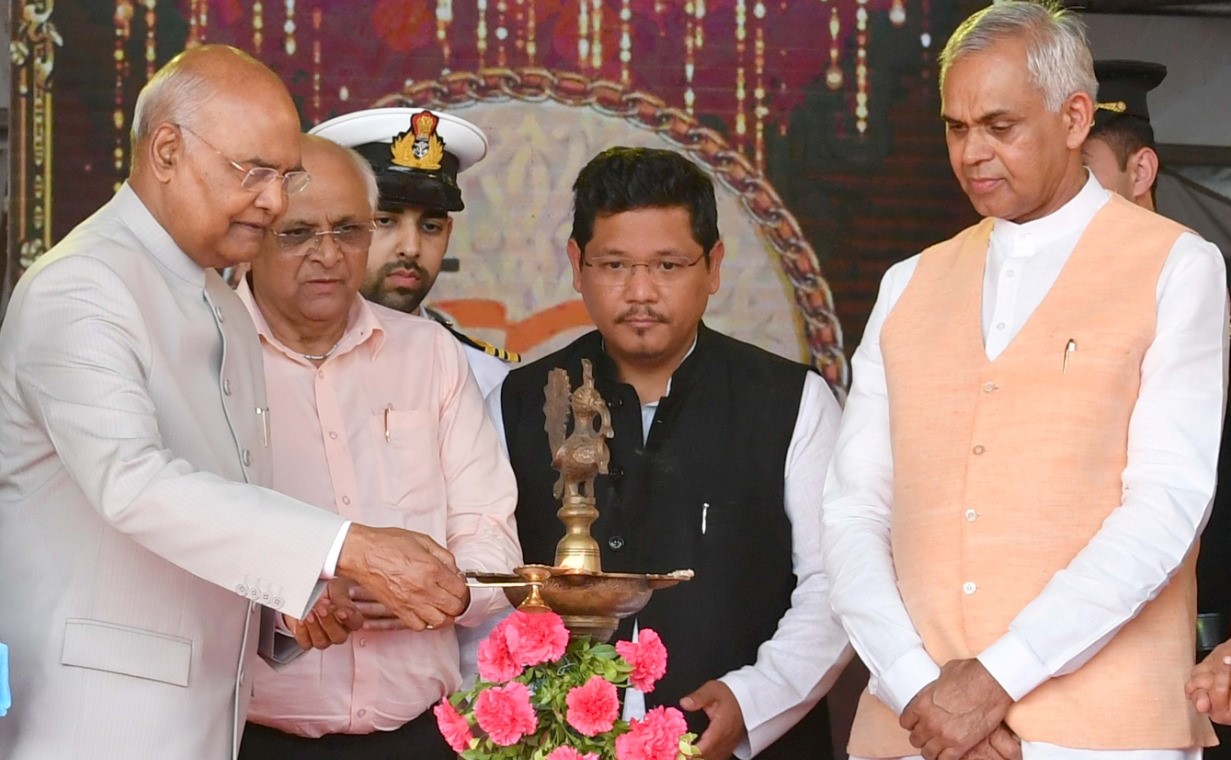 New Delhi: The President of India, Shri Ram Nath Kovind inaugurated five-day long Madhavpur Ghed Fair at Madhavpur Ghed, Porbandar in Gujarat today (April 10, 2022). Since 2018, the Government of Gujarat in association with the Ministry of Culture is organizing this fair every year to celebrate the sacred union of Lord Krishna and Rukmini.

Speaking on the occasion, the President extended his greetings to the fellow citizens on the occasion of Ram Navami. He said that Mahatma Gandhi had hoped for the establishment of Ram-Rajya in modern India on the ideals of Maryada Purushottam Shri Ram. President Kovind said that it was his privilege to inaugurate the Madhavpur Ghed fair organized in the village associated with the life of Shri Krishna and near Porbandar, the birth place of Bapu.

The President said that folk-story of marriage of Shri Krishna and Rukmini shows that how ancient is the cultural unity of India and how deep were the roots of our social harmony. Born in today\’s Uttar Pradesh, Shri Krishna makes Gujarat his workplace and marries Rukmini, a princess from today’s north-eastern region of our country. According to folk belief, the land of Madhavpur Ghed village has been a witness to their union.

The President said that fairs, festivals and pilgrimage sites have kept our vast country tied in the thread of social and cultural unity since ancient times. The Madhavpur Fair connects Gujarat with north-east region in an integral bond. Through such events, people, especially the young generation gets a chance to gain knowledge about our heritage, culture, art, handicrafts and traditional cuisine. These events also encourage tourism.

The President was happy to note that the Ministry of Development of North Eastern Region is also associated in organizing the fair on a larger scale this year and that many cultural festivals are being organized in the north-eastern states on the same day. He expressed hope that this fair will have a special identity in our cultural tradition.

The President was happy to note that enterprising people of Gujarat keep balance between tradition and modernity while marching on the path of development. He noted that according to NITI Aayog’s report for the year 2020-21 for assessing the performance of various states towards achieving the Sustainable Development Goals, Gujarat has ranked first in the country in terms of providing access to a healthy life to people of all age groups. Also, on the parameters of inclusive development of industry, innovation and infrastructure, Gujarat’s performance has been the best among all the states.

The President said that fair of Madhavpur Gher as well as the various functions organized on the occasion in several temples in Gujarat and in many places in north-east India is a celebration of India’s cultural, spiritual and social unity. He expressed happiness that this festival of connecting the people of the entire country on an emotional level is being celebrated along with the Azadi ka Amrit Mahotsav. He said that Azadi ka Amrit Mahotsav is basically being celebrated with the aim of strengthening the sense of national pride. All the festivals associated with Madhavpur Ghed fair also underline the unity and diversity of India.