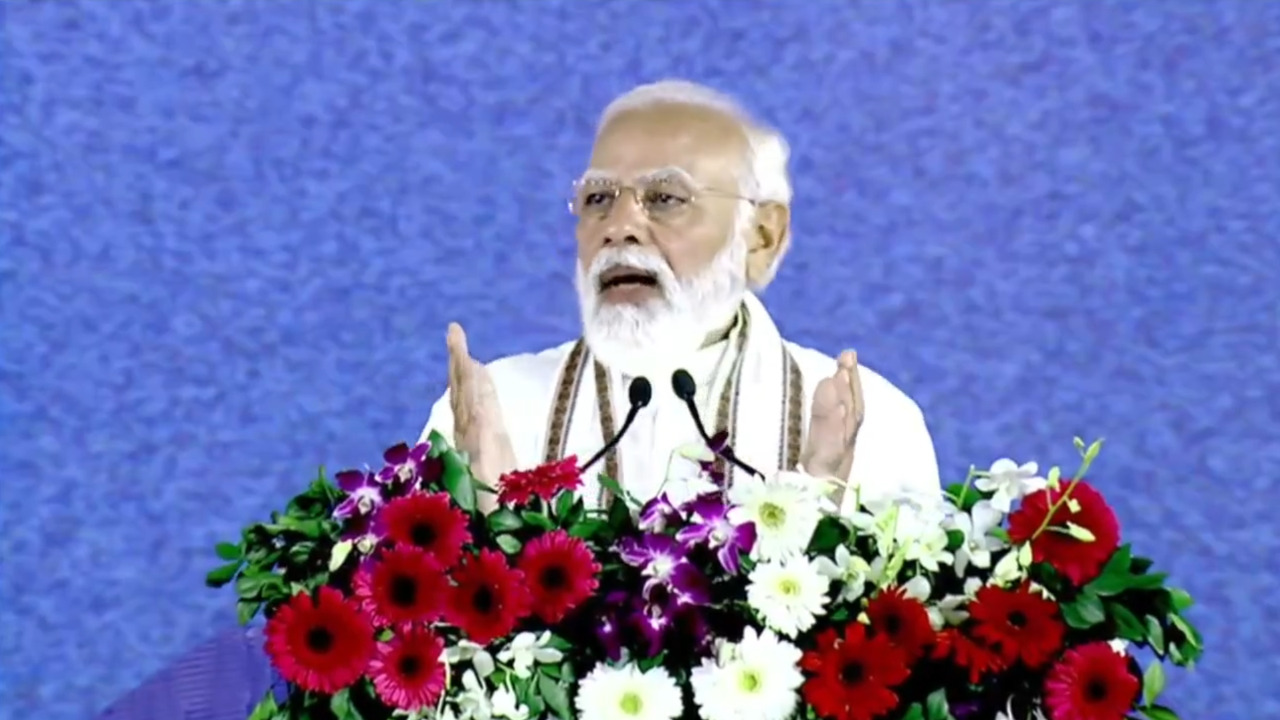 The Prime Minister also dedicated to the nation many other initiatives of the Railways in Madhya Pradesh including Gauge Converted and Electrified Ujjain-Fatehabad Chandrawatiganj Broad Gauge section, Third line in Bhopal-Barkhera section, Gauge Converted and Electrified Mathela-Nimar Kheri Broad Gauge section and Electrified Guna-Gwalior section. The Prime Minister also flagged off two new MEMU trains between Ujjain-Indore and Indore-Ujjain. Governor and Chief Minister of Madhya Pradesh and Union Railway Minister were among those present on the occasion.

Addressing the gathering, the Prime Minister said not only has the historical railway station of Bhopal been rejuvenated, but its importance got enhanced with the addition of the name of Rani Kamalapati ji. Today the pride of Indian Railways has also been added to the pride of Gondwana.

The Prime Minister termed the dedication of modern railway projects as a confluence of glorious history and prosperous modern future. He also greeted the people on the Janjatiya Gaurav Diwas. These projects will benefit the people of Madhya Pradesh, he said.

The Prime Minister said that Indian Railways is an example of how India is changing, how dreams can come true. “Till 6-7 years ago, whoever had to deal with the Indian Railways, ended up cursing the Indian Railways. People had given up any hope of changing the situation. But when the country sincerely mobilizes for the fulfillment of its resolutions, then improvement comes and change happens, this we have been seeing continuously since the past years” remarked the Prime Minister.

The Prime Minister said today’s India is not only making record investments for the construction of modern infrastructure, it is also ensuring that projects are not delayed and there is no obstacle. He added that the PM Gatishakti National Master Plan, started recently, will help the country in fulfilling this resolution.

The Prime Minister said there was a time when even railway infrastructure projects took years together to get off the ground from the drawing board. But today Indian Railways is displaying urgency in planning new projects and more importantly, it completes them on time.

The Prime Minister said Indian Railways is not only a medium to connect distances, but it is also becoming an important medium to connect the country’s culture, country’s tourism and pilgrimage. For the first time after so many decades of independence, this potential of Indian Railways is being explored on such a large scale. Earlier, even if the railway was used for tourism, it was confined to a premium club. For the first time, the common man is being given the spiritual experience of tourism and pilgrimage at a reasonable price. Ramayan circuit train is one such innovative effort.

He complimented the Railways for accepting and taking up the challenge of change.