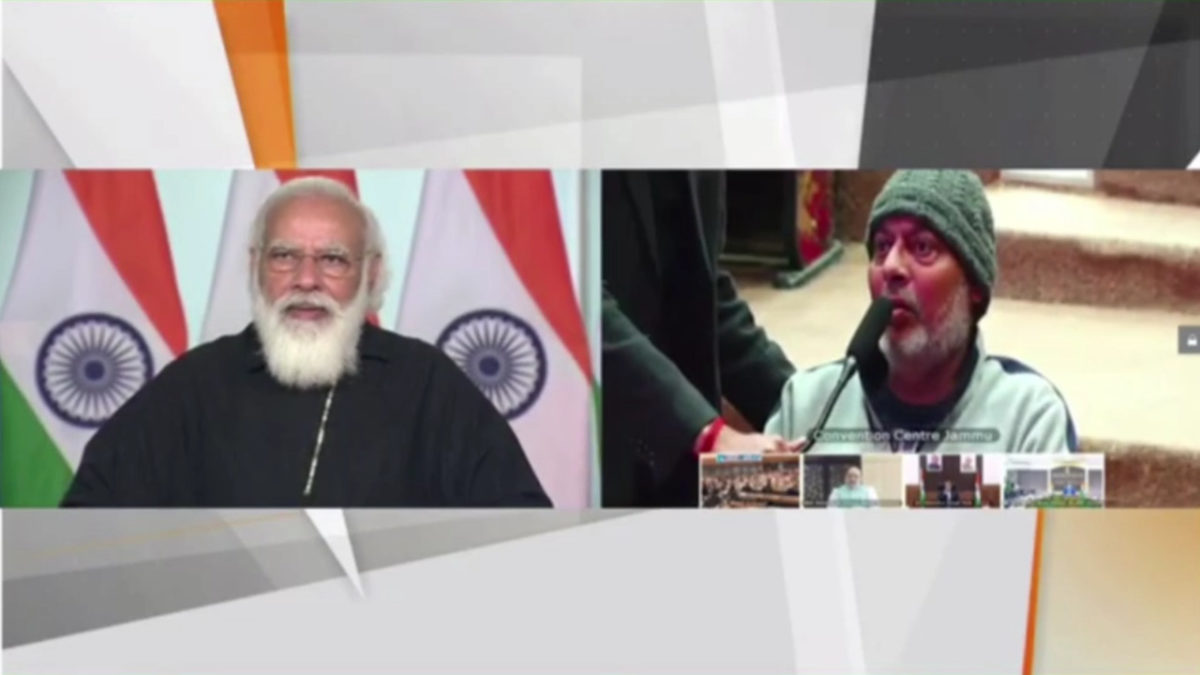 New Delhi, Prime Minister, Shri Narendra Modi launched Ayushman Bharat PM-JAY SEHAT to extend coverage to all residents of Jammu & Kashmir today through video conference. Union Ministers, Shri Amit Shah, Dr Harsh Vardhan, Dr Jitendra Singh and Lieutenant Governor of Jammu & Kashmir, Shri Manoj Sinha were present on the occasion. The Prime Minister also interacted with the beneficiaries from the region. He also recalled the special bond that Shri Atal Bihari Vajpayee had with Jammu and Kashmir and said that the former Prime Minister’s dictum of ‘insaniyat, jamhuriyat and Kashmiriyat’ will always be there to guide us.

Talking about the Jammu and Kashmir Ayushman Bharat PM-JAY SEHAT scheme, the Prime Minister said getting free treatment up to 5 lakh rupees under this scheme would improve the ease of living. Right now about 6 lakh families of the state are getting the benefit of Ayushman Bharat Scheme. All 21 lakh families will get the same benefit after the SEHAT scheme. He added another benefit of this scheme would be that treatment is not limited to government and private hospitals in Jammu and Kashmir only. Rather, treatment can be availed from thousands of hospitals empanelled under this scheme in the country.

The Prime Minister said the youths of Jammu and Kashmir are easily getting loans and moving on the path of peace. The people who are living in Jammu and Kashmir for many years are now getting domicile certificates. People of economically weaker sections in general category are getting reservation now so are the hill dwellers and people living in border areas.