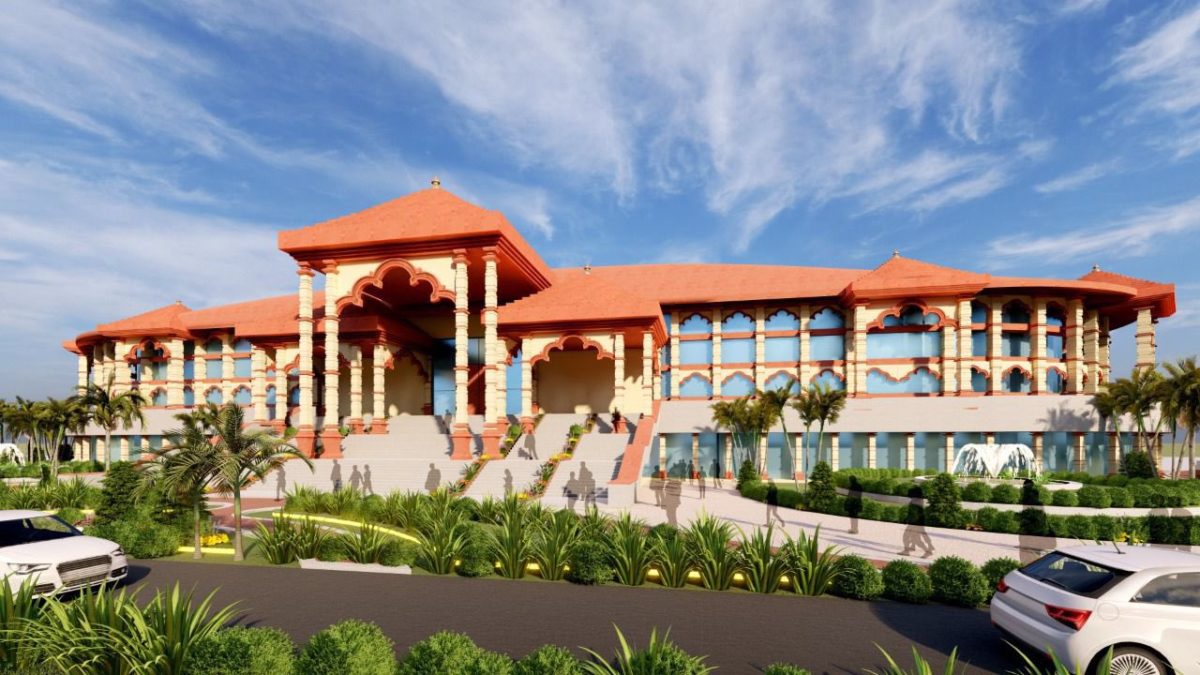 The university will also house facilities for Shooting, Squash, Gymnastics, Weightlifting, Archery, Canoeing and Kayaking, among other facilities. The University will have the capacity of training 1080 sports persons including 540 female and 540 male sportspersons.

Addressing the gathering, the Prime Minister noted the significant contribution of Meerut and its surrounding region in giving a new direction to independent India. The people from the region, he said, have sacrificed on the border for the defense of the nation and enhanced the country’s prestige in the playground.

This region has kept the flame of patriotism alive, the Prime Minister emphasized. “In Indian history, Meerut has not just been a city but a significant center of culture and strength”, the Prime Minister said. The Prime Minister narrated his exhilaration on feeling the spirit of the Museum of Freedom, Amar Jawan Jyoti and temple of Baba Aughar Nath ji.

The Prime Minister noted the change of ethos in the state of Uttar Pradesh where earlier criminals and mafias used to play their games. He recalled the period where illegal occupation, harassing daughters used to go scot free. He remembered the insecurity and lawlessness of earlier times. He lauded that now the Yogi government is imposing fear of law among such criminals. This change has brought confidence among the daughters of bringing laurels for the entire country.

The Prime Minister said youth is the cornerstone and also expansion of New India. Youth is the shaper and also the leader of New India. Our youth today have the heritage of antiquity and also have a sense of modernity. And so, where the youth will go, India will also move. And the world is going to go where India goes.

The Prime Minister highlighted that in the last few years, his government has given top priority to the Indian players to get four tools – resources, modern facilities for training, international exposure and transparency in selection. The Prime Minister stressed that for sports in the country to thrive, it is necessary that the youth should have faith in sports and should be encouraged to take up sports as a profession.

“This is my resolve, and my dream too! I wish our youth to see sports like other professions”, he said. The Prime Minister remarked that the government linked sports with employment. Schemes like Target Olympics Podium (TOPS) are providing all support to top sportspersons to compete at the highest level.

Khelo India Abhiyan is recognizing talent very early and all support is being given to groom them for international level.India’s recent performance in Olympics and Para-Olympics, said the Prime Minister, is a proof of a new India’s rise in the play field. With the advent of sporting infrastructure in villages and small towns, there are a rising number of sports persons from these towns.

The Prime Minister said in the new National Education Policy, priority has been given to sports. Sports have now been kept in the same category as science, commerce or other studies. Earlier sports were considered as extra curricular activities, but now sports schools will have it as a proper subject. The Prime Minister said that the sporting eco-system comprising sports, sports management, sports writing, sports psychology etc, creates new possibilities.

He said this generates trust in the society that moving towards sports is the right decision. With resources, a sporting culture takes shape and Sports University will play a big role in this, he added. Talking about the sporting culture of Meerut, the Prime Minister pointed out that the city exports sporting goods to more than 100 countries. This way, Meerut is not only vocal for local but also turning local into global, the Prime Minister said emphasizing the need for making the country Aatmnirbhar in the sector through the emerging sports clusters.

The Prime MInister informed that under the Svamitiva scheme more than 23 lakh titles (Gharauni) have been given in 75 districts. Farmers of the state have received crores of rupees in their account under PM Kisan Samman Nidhi. Farmers of the state have also benefited by the record payment to the sugarcane farmers. Similarly, 12 thousand crore rupees worth of ethanol have been purchased from UP, the Prime Minister informed.

The Prime Minister remarked that the role of governments is like that of a guardian. The government should encourage those with merit and should not try to justify mistakes as follies of youth. The PM congratulated the current Uttar Pradesh government for creating a record number of Government jobs for the youth.

Thousands of youth who got training from ITI have been given employment in big companies. He added that lakhs of youth have benefited from National Apprenticeship Scheme and Pradhan Mantri Kaushal Vikas Yojana. Meerut is also becoming the hub of connectivity by Ganga expressway, Regional Rapid Rail Transit System and Metro.