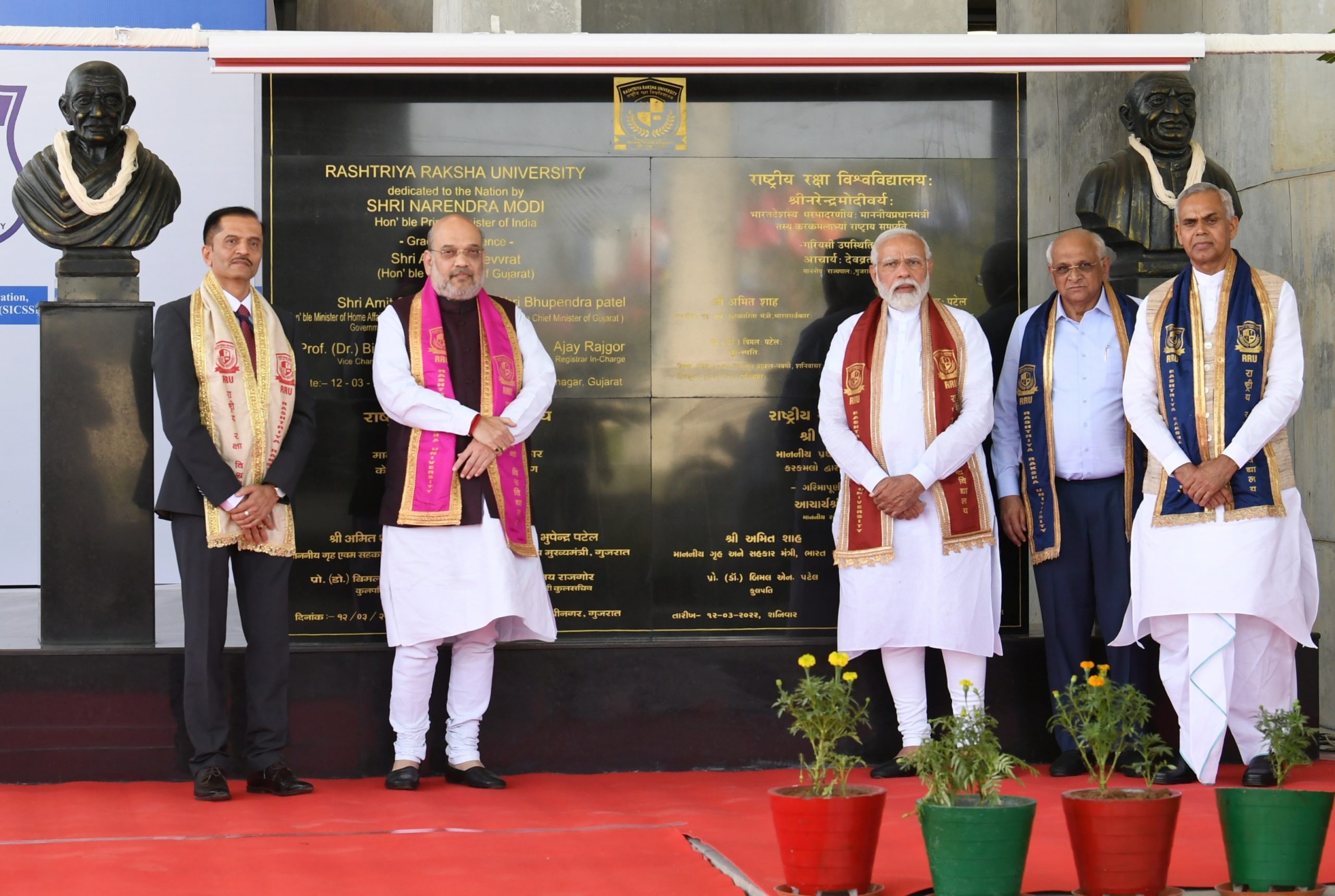 Mr. Modi said, a general perception was developed over the years that we have to be careful of the uniformed personnel but it has transformed now. Mr. Modi said, when people see uniformed personnel now, they get the assurance of help. He said, stress- free training activities are need of the hour for strengthening the country’s security apparatus.

Prime Minister Modi also remembered the Dandi Yatra, which was started today from the land of Gujarat for the Salt Satyagraha. He said that the Salt Satyagraha movement under the leadership of Mahatma Gandhi against the injustice of British rule had made the British government realize the collective power of Indians.

Mr. Shah said, as the Chief Minister of Gujarat, Mr. Modi had adopted a holistic approach for law and order subject and started universities in Gujarat in the field of law, Forensic Science and Rashtriya Rakshashakti. He said that Gujarat has produced a model in the country by adopting major systematic changes.

Shah said, Mr. Modi’s first big initiative was modernization of the state police force. Vice Chancellor of Rashtriya Raksha University- RRU Gandhinagar Professor Bimal Patel has shared the details of the University and his future vision on this occasion.