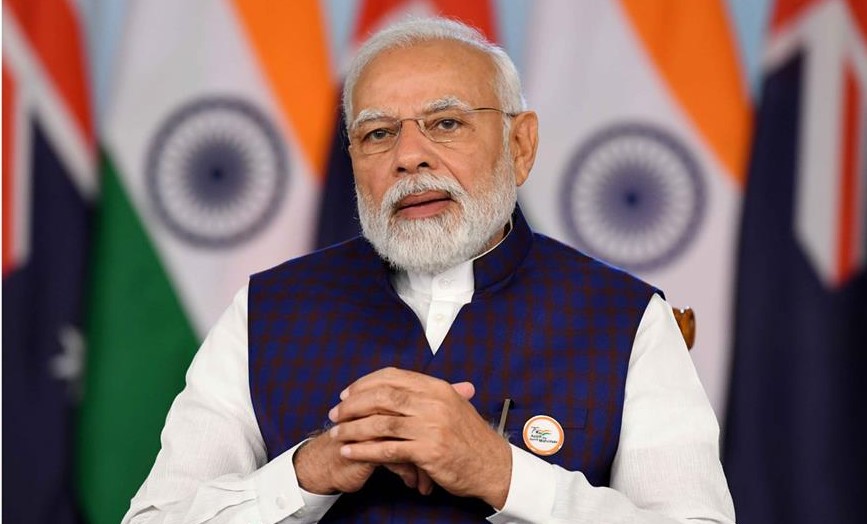 New Delhi: Prime Minister Narendra Modi will pay an official visit to three European Countries- Germany, Denmark and France from 2nd to 4th May. Mr Modi would be visiting these three countries for bilateral as well as multilateral engagements

Giving details about the Prime Minister’s Visit, Foreign Secretary Vinay Mohan Kwatra told the media in New Delhi that on the first leg of his visit to Berlin in Germany on 2nd May, Prime Minister Narendra Modi will meet German Chancellor Olaf Scholz.

Mr Kwatra said the two leaders will co-chair the sixth edition of the India-Germany Inter-Governmental Consultations.

The biennial IGC is a unique dialogue format that also sees participation of several Ministers from both sides. Mr Kwatra said that this will be Prime Minister’s first IGC with Chancellor Scholz, and also the first such Government-to-Government consultations of the new German government, which assumed office in December last year.

Mr Kwatra said that after concluding the visit of Germany, Prime Minister Modi on 3rd of May, will travel Copenhagen next on an official visit at the invitation of Prime Minister of Denmark, Mette Frederiksen. This will be Mr Modi\’s first visit to Denmark but his third summit-level interaction with the Danish PM and the discussions will focus on bilateral issues as well as issues of global and regional interest.

During the visit, Mr Modi will hold talks with Prime Minister Frederiksen and pay a call on Queen Margrethe II. The visit would provide both sides an opportunity to shape new elements of partnership in the field of skill development, shipping, agri technology and mobility. During the visit, Prime Minister will attend an India-Denmark Business Forum and also address members of the Indian diaspora.

On 4th of May, Mr Modi will participate in the 2nd India-Nordic Summit along with Prime Minister’s of Denmark, Iceland, Finland, Sweden and Norway.

The Summit will focus on subjects like post-pandemic economic recovery, climate change, innovation and technology, renewable energy, the evolving global security scenario and India-Nordic cooperation in the Arctic region. The 1st India-Nordic Summit took place in 2018 in Stockholm.

On the last leg of the tour, Prime Minister will briefly stopover in Paris and meet France President Emmanuel Macron. Mr Kwatra said that Prime Minister Narendra Modi’s visit to France will provide an opportunity to carry forward the high level engagement between the two countries post the French Presidential elections.