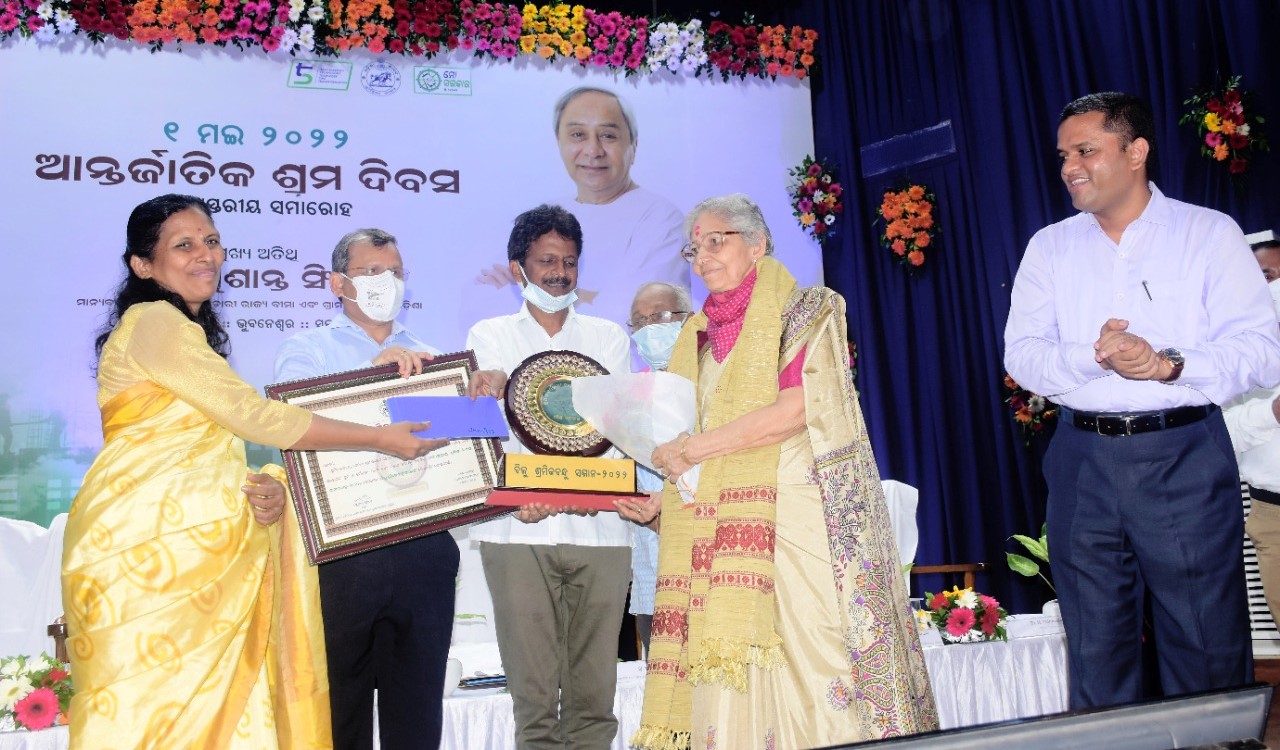 Bhubaneswar: The Labour & ESI Department, Government of Odisha observed the ‘State Level International Labour Day’ on 1st May at Jayadev Bhawan, Bhubaneswar. Shri Sushant Singh the Minister, Labour and ESI and Rural Development, Odisha, attended as the Chief Guest and inaugurated the ceremony.

The Department has been constantly working for the socio-economic development of working class in the State. The Odisha Building and Other Construction Workers’ Welfare Board is constituted for the welfare of construction workers and more than 35 lakh construction workers have so far been registered under the Board.

Welfare benefits to a tune of Rs. 2660 crore has been disbursed under the Board. Various social security benefits such as financial assistance towards education, marriage, maternity, death, funeral etc. are being extended to the registered construction workers and their families.

The Board is implementing various welfare schemes such as – ‘Nirman Shramik Pucca Ghar Yojana’, ‘Nirman Shramik Pension Yojana’, ‘Nirman Kusum Yojana’ in convergence with other line departments of the State Government. Similarly, ‘Odisha Unorganized Workers’ Social Security Board’ constituted for workers of unorganized sectors to cover them under various welfare schemes.

Under the 5-T initiatives of the State Government, PAReSHRAM Portal has been made operational extending 52 different services in a fully automated procedure, which is making statutory compliances easier and simpler for the investors by ensuring timely delivery of service with transparency and promoting industrialization in the State. Till date, more than 16,500 services have been provided through this portal.

While unveiling the new online portal of the Odisha Building & Other Construction Workers Welfare Board, the Chief Guest told that the online system of service delivery would no longer require the construction workers to physically visit to the labour offices to apply for registration, renewal and benefits, enabling beneficiaries to get the services at their doorsteps.

The Minister also inaugurated two websites of the Labour Directorate and Directorate of Factories & Boilers. On this occasion, “Shrama Kalyan” bulletin was unveiled. The Chief Guest also disbursed various benefits to the workers.

Sri Ramesh Chandra Chau Pattnaik, Chairman, Odisha Building and Other Construction Workers’ Welfare Board in his address stated that the overall development and welfare of workers is the utmost priority of the Government. He also mentioned that Odisha is one of the leading states in India in implementing the various welfare schemes for the construction workers.

Attending the function, the Chief Secretary, Odisha, Suresh Chandra Mohapatra said that the State Government is committed to welfare of the workers and has been working tirelessly for their well-being by implementing various welfare schemes.