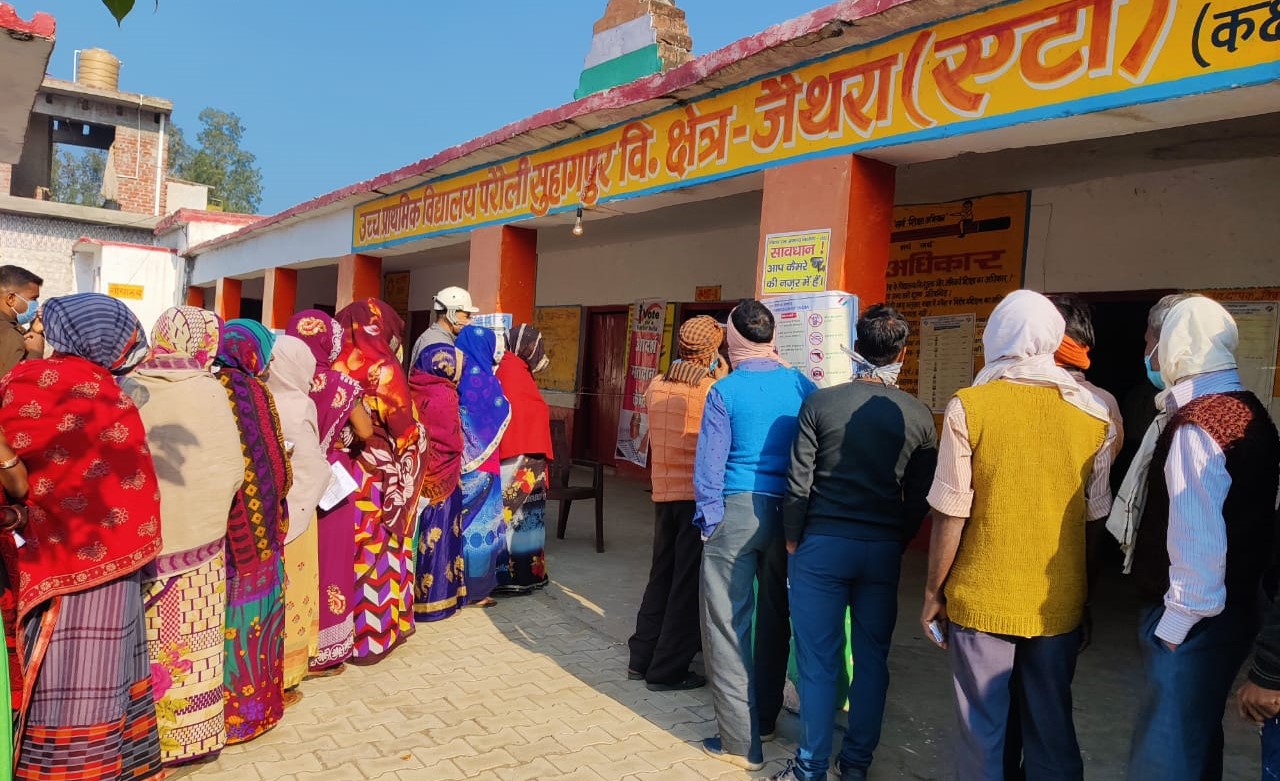 New Delhi: In Uttar Pradesh, polling for the third Phase of Assembly Elections is progressing smoothly in the 59 Assembly Constituencies spread over 16 districts. Voting will be held till 6.00 P.M..  The state is witnessing Seven-Phase elections.

In addition, the Single-Phase polling for Assembly Elections for 117 seats in Punjab is also being held simultaneously.

Till 3 PM, 48.81 percent voter turnout was recorded in Uttar Pradesh and 49.81 percent in Punjab.