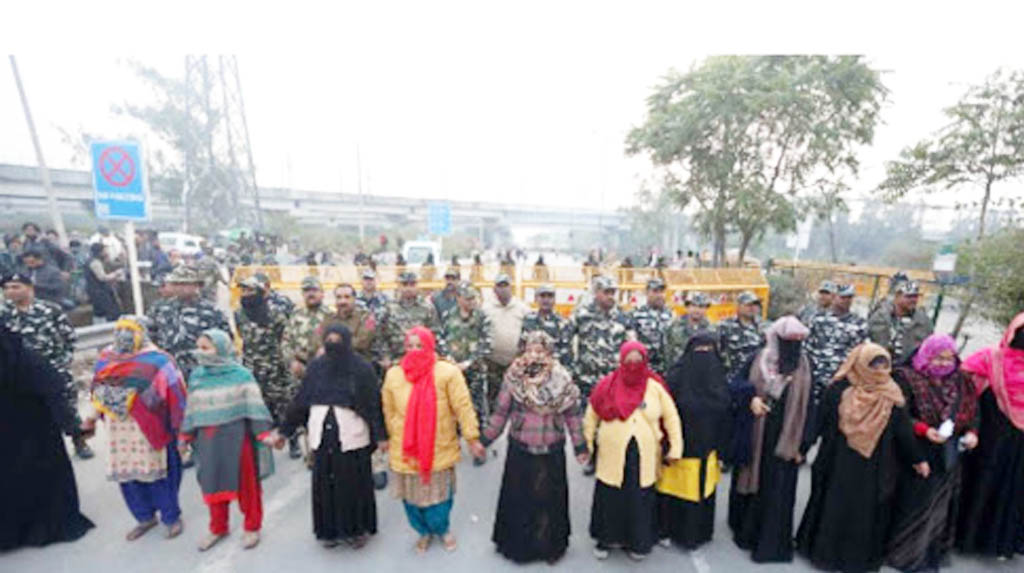 New Delhi : Local people demanding opening of the road blocked due to the anti-CAA protests in Shaheen Bagh have started their own demonstration and have in turn blocked the main Jasola road here.

Residents of Jasola village in Sarita Vihar sat in protest on the main Jasola road demanding opening of the Shaheen Bagh road.

Hundreds of pro-CAA protesters said they are facing problems due to the blockade and demanded the blocked road should be opened immediately.

A protester named Sonu said “I am from Madanpur we are facing problem and this should end.”

Holding placards in favour of CAA, the protesters were seen arguing with police officials who were trying to pacify them.