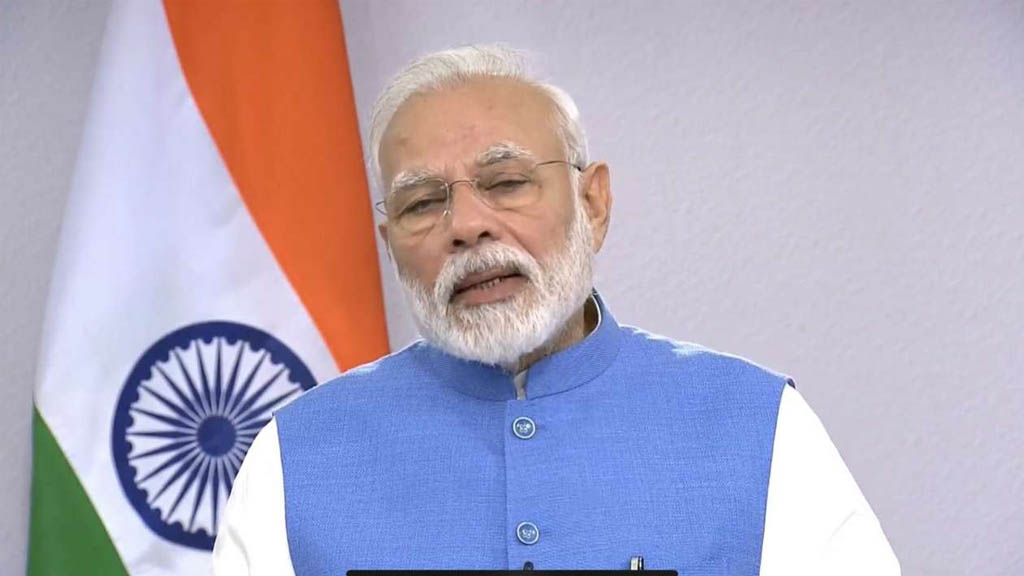 New Delhi: Prime Minister Narendra Modi will visit Prayagraj in Uttar Pradesh today. He will participate in a one-of-its-kind programme around 1 PM, which will be attended by more than 2 lakh women. In a tweet, Prime Minister said he will transfer one thousand crore rupees in the bank accounts of various Self Help Groups at the programme.

Modi said more than 16 lakh women associated with these groups will benefit from this initiative. Interacting with women self help groups in August this year, the Prime Minister had said that they are bringing revolution to the rural areas.

This transfer is being done under the Deendayal Antyodaya Yojana – National Rural Livelihood Mission (DAY-NRLM), with 80,000 SHGs receiving Community Investment Fund (CIF) of 1.10 lakh per SHG and 60,000 SHGs receiving Revolving Fund of 15,000 rupees per SHG. Prime Minister expressed happiness over Centre and Uttar Pradesh Government’s constant efforts to strengthen Self Help Groups (SHGs). Mr Modi said, money will also be transferred to over one lakh beneficiaries of the Mukhya Mantri Kanya Sumangala Scheme, which provides assistance to the girl child during different stages of her life.

When BC-Sakhis commence their work as providers of doorstep financial services at grass root level, they are paid a stipend of 4000 rupees for six months, so that they get stabilized in their work and then start earning through the commission on transactions.