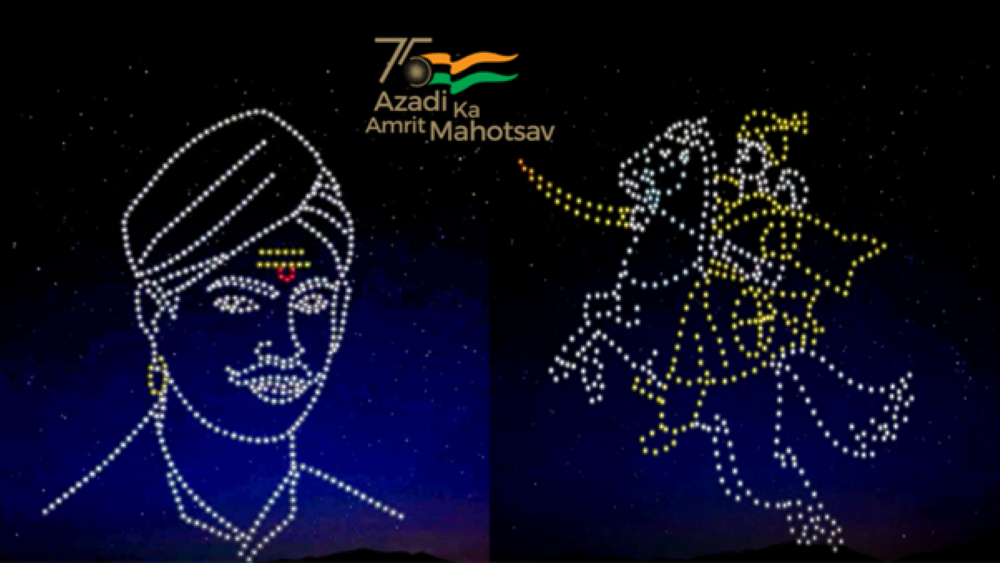 New Delhi: India’s biggest drone show was organised in Lucknow today evening as part of Amrit Mahotsav series of events on 1857.On the occasion, Union Minister of state for Culture and External Affairs Smt. Meenakshi Lekhi and Chief Minister of Uttar Pradesh Yogi Adityanath along with officials of Central and State Governments were present.

The big drone show took place today evening at the Residency, which witnessed the first revolution of 1857 in Lucknow. More than 500 drones took part in this show.

Secretary, Union Ministry of Culture, Shri Govind Mohan in a statement said “We have always tried to raise the bar with each event being curated under Amrit Mahotsav. These events not only help us reflect on our glorious legacy but also help reach out to people especially the youth of today in ways that are in sync with their new ways of thinking.” He also mentioned that so far since the start of Azadi Ka Amrit Mahotsav in March more than 13,000 programmes have been held making it one of the largest commemoration initiatives anywhere in the world.

All programs under AKAM are guided by a whole of government approach that brings together multiple stakeholders within and outside the Government, working towards a common goal. The initiatives are constantly supported by digital outreach, and planned with element of janbhagidari to make it a ‘people’s initiative’.