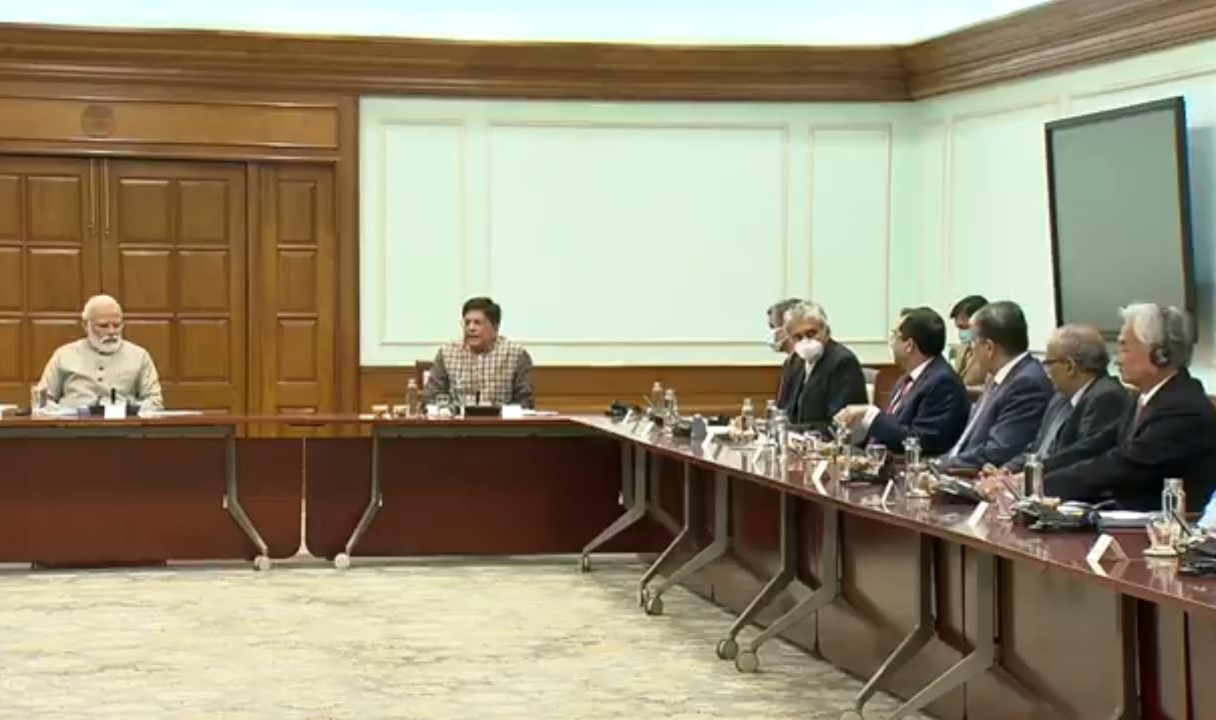 New Delhi: Prime Minister Narendra Modi interacted with CEOs of companies from various sectors of industry at Lok Kalyan Marg today. This was the second such interaction of the Prime Minister with industry representatives in the run up to the next Union Budget.

Prime Minister talked about the inherent strength of the country, displayed during the battle against Covid. He thanked the industry leaders for their inputs and suggestions, and exhorted them to make full use of policies like PLI incentive. He said that just like the country aspires for a podium finish at the Olympics, the country also wants to see our industries among the top five of the world in every sector, and this is something for which we should collectively work towards.

He said that the corporate sector should invest more in areas like agriculture and food processing, and talked about the shifting focus on natural farming. He underlined the policy consistency of the government, and said that the government is firmly committed to take initiatives which will give impetus to economic progress of the country. He also spoke about the focus of the government towards reducing compliance burden, and sought suggestions on areas where undue compliances need to be removed.

The industry representatives gave their feedback to the Prime Minister. They thanked the Prime Minister for putting his faith in the private sector. They said that due to his leadership, the economy of the country is moving ahead on the path of recovery after Covid, through his timely interventions and transformative reforms.

They expressed commitment towards contributing to the Aatmanirbhar Bharat vision of the Prime Minister, and praised several steps taken by the government like PM GatiShakti, IBC etc. They spoke about steps that can be taken to further boost Ease of Doing Business in the country. They also talked about India’s commitments at COP26 and how industry could contribute towards achieving the goals outlined.