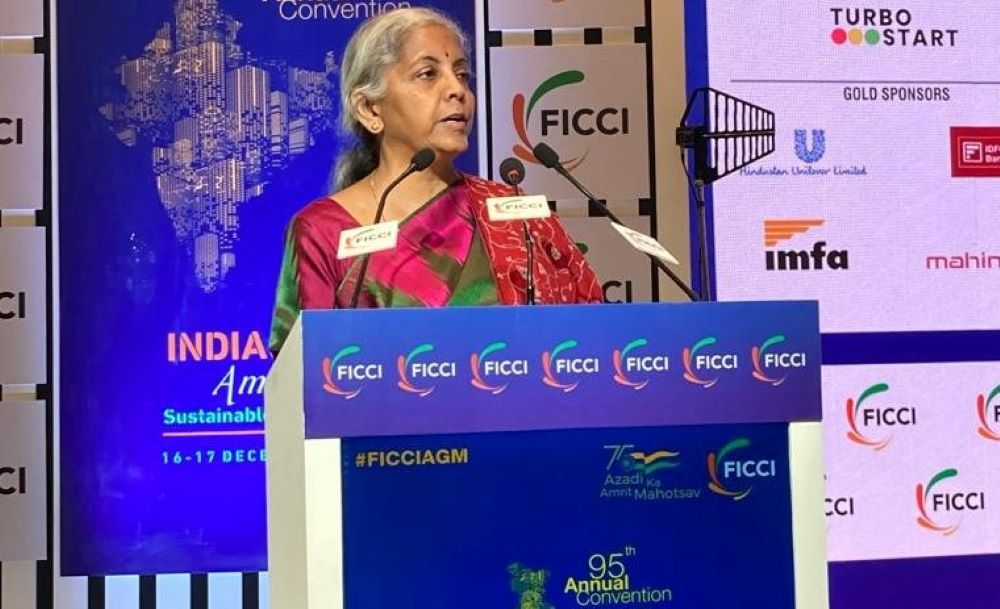 New Delhi:  Finance Minister Nirmala Sitharaman has said that the upcoming union budget will set the template that will prepare India for the next 25 years.

Speaking at a FICCI event, she said, the upcoming budget will follow the spirit of earlier budgets. Ms Sitharaman asked industry to work out strategies as to how businesses operating in developed countries can look at India as a production or sourcing hub amid recession fears in the West.

She said, government has brought in a lot of facilitation and tweaking of rules to attract foreign investment into India and is also engaging with industries who want to co-locate in the country.

Ms Sitharaman said, industry also needs to work out strategy to attract firms in advanced nations, including in Europe, which may be scouting for locations to relocate their manufacturing base away from China.

She also cautioned about a suspected long-drawn recession in a large market like Europe and asked domestic industry to better prepare for such external headwinds.

Finance Minister said, the government will also showcase India as an attractive investment destination during New Delhi’s presidency of the G20 grouping.

Ms Sitharaman said, given that India remains one of the world’s fastest-growing major economies, foreign investors can take advantage of its growth story.