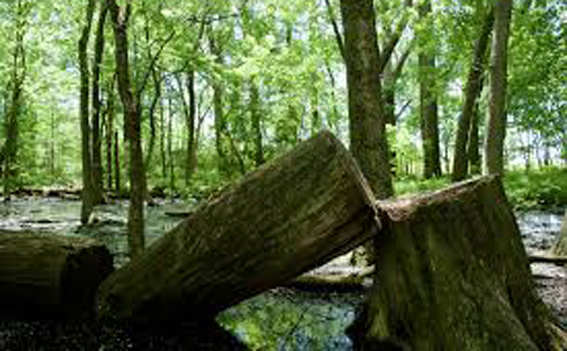 This is what is called paradox. Whatever happened in Dhenkanal district’s Jhinkargadi forest is indeed perplexing.

The ideal of ‘plant a tree’ now seems to have been thrown to the winds. The sad spectacle produced by mindless felling of over 500 sal and other trees is contrary to what the official posters in the cities say. One must salute to the encouraging spontaneity from hundreds of women who braved the brutality of the ‘khaki’ and kept clasping to the trees almost replicating the ‘Chipko’ movement to save the Himalayan forests in Uttarakhand years back.

First the cutters unleashed the plunder when the sal trees kept falling to the ground as if like the crumbling pillars of democracy. And then, in hindsight someone injected wisdom into the power that be and the mayhem on a century-old environment was halted midway. By that time destruction had been done to 500 full grown sal trees, a loss that may take few decades more to be compensated. It requires at least 50 years growing a virgin forest, which the babus pretend to be ignorant about.

A forest dating back to over a century is an asset in the midst of disappearing forest cover in the state and that too at a time when the spectre of global warming holds the world like an albatross. How could it be possible that the mandarins failed to take note of the history and significance of the soothing green hub standing tall among the festering sores of desertification all around?

It would be really naive to say that it was an adolescent fantasy of some top officers, on the pursuit of favouring a liquor company that the tehsildar or the administration allotted the forest patch to the company.

One can unhesitatingly say that everything was done with a calibrated precision to hand over the 12 acres patch to the liquor company and that too at the cost of a virgin forest fostered by villagers who steadfastly protected the forest for generations. It is shockingly unacceptable an argument that the decision was taken inadvertently even. Post the damage done, it has no meaning if a probe is conducted or the licence given to the company is revoked. When the government red tape is a way of life, it is astonishing that it gave a slip in this case.

Nobody can grudge the valour and pride the women of Balarampur deserve and of course role played by the media.