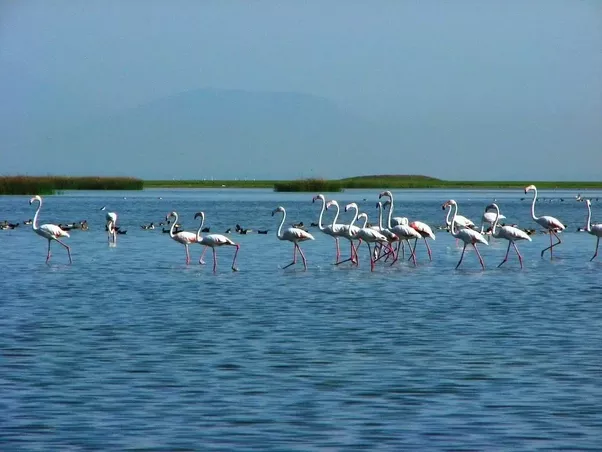 Boosting up tourism through an amphibian air operation in a lagoon as hyper-sensitive as Chilika , there can not be a more an aberration in the mental regime of the ones who refuse to see beyond it as a mere water body. Ignorance can not be and should not be allowed such a long rope to stretch the suffering of the lagoon to a near finish.

It was  way back in 1914-15 when two marine scientists Anadale and Kemp spent almost two years in the lap of the Chilika lagoon doing an empirical study on the changing eco-diversity of this highly eco-seensitive brackish water lagoon. The purpose ostensibly was to find the means to arrest the factors interfering with the sensitive lagoon’s health. And what they found and suggested was that, all lagoons are although ephemeral or temporary and die one day, but efforts must be in place to stop the ills to prolong its life-span through conservation rather than tampering with it by any clinical interference suddenly.
Subsequently, more recently the NIO (National Institute of Oceanography)Goa  submitted a study report suggesting extra precautions as not to tamper with the lagoon as,  heavy siltation has already affected the lagoon resulting in severe shrinkage leading to massive imbalance in its estuarine character, which is a result of the natural amalgamation of sea and sweet water from the twin rivers. Even experts then in 90s pleaded to leave the lagoon free from any clinical interference and reduce human activity pressure on it. Let the lagoon restore itself was the only advise.

Now the most pertinent questions facing this lagoon is’ how many of the political leaders regardless of party affiliations know about this lake’s eco-sensivity ? A home for about above eight hundred flora and fauna, including crustaceans, dolphins and a winter home for lakhs and lakhs of migratory and Indian birds and a livelihood support for over two lakh fishermen,  now will be thrown open  for an Amphibian Air craft operation for tourists ! How on earth the politicians equate Chilika with either Sardar Sarovar Dam or Sabarmati !

Do any of these leaders from the NDA or any party  are even aware that Chilika lagoon is much more different than other water bodies . If not , then they must know that Chilika is the largest Brakish water lagoon in the country and second largest in the world after New Caledonia Barrier Reef in New Caledonia and it is the first Wetland of International Importance under the Ramsar Convention. Spread over 1,100 Sq km with a catchment area measuring 1,370 sq kms the lake has been suffering the onslaughts of nature and human exploitation for several decades.

The Indian National Trust for Art And Cultural Heritage (INTACH) too has voiced it’s concern over the proposed project in Chilika. It’s State Convenor A B Tripathy has warned about the environmental fallouts post such amphibian exercises there and Intach Coordinator Anil Dhir, has cited instances of such activities being allowed there where air, road or ferry activities are not there. Someone from a political party said the union aviation minister had twitted about the project and which was welcomed by another union minister. And the state government is noncommittal over it , he alleged.
Something of such magnitude mulled to boost up tourism must not ignore the fact that such operations ensure a holistic balance and never in locations like Chilika.
———————