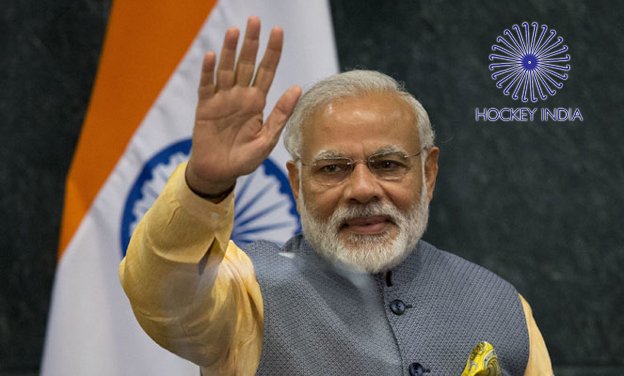 Having kick-started the year 2018 on a very confident note – winning elections in Christians stronghold and predominantly tribal states of Nagaland, Tripura and to an extent in Meghalaya – it would not be erroneous to observe as the calendar year drew to a close – that minor nervousness is apparent in the BJP as the party braces for all important 2019 battle.

The recent polls in five Indian states only prove a point that the ‘Modi Magic’ of 2014 is certainly on wane.
The perceived ‘Modi factor’ that helped it make deeper penetration in onetime Marxists ‘den’ Tripura normally does draw die hard fans of the Prime Minister to vote for BJP candidates irrespective of that party nominee’s performance and locus standi as a politician. But on ground things were definitely not very easy going this time around as despite the Modi factor, the saffron BJP had to bow out of power in Hindi heartland states.

People in general seemed to have developed complaint against his regime for farmers’ distress,  joblessness and economic policies – a combine of GST and demonetisation – that has actually led to choking of cash flow.

People’s expectations were too high and his promises were higher !

Is the rival Congress getting back in the groove? In last four-and-half years, Congress has lost power in key states like Maharashtra, Uttarakhand, Assam, Haryana and even Christian dominated Meghalaya and Mizoram. But for many in BJP – especially the ear-on-ground leaders and the crucial foot soldiers – the humbling in Madhya Pradesh, Rajasthan and Chhattisgarh- shows that the party led by Rahul Gandhi is regaining its base among the Hindu voters.

Thus as the poll managers have started get going and BJP chief Amit Shah, an electoral run machine by himself, has appointed in-charges for crucial 17 states including UP – there are already suggestions that the BJP needs to present the Hindutva and Development as complimentary to each other.

PM Modi for long has held this image.

The party watchers, thus however, feel the big consolation – despite the humbling – is that there was no clear anti-Modi sentiment.
However, some statistics suggest, the BJP fared badly in constituencies where Narendra Modi along with radical Hindutva leader Yogi Adityanath, Uttar Pradesh Chief Minister, campaigned.

The predicament and an unease in the ranks of the BJP that Prime Minister Modi, may be losing his lustre to rival Congress party leader Rahul Gandhi and his ‘appeal’ on jobs and farmers distress is actually in sharp contrast than the situation was in March, 2018.

For the February polls, in Nagaland, the BJP-led coalition won 31 seats with the BJP alone claiming 12 and thus setting a new precedent in India’s tribal heartland. Today, it shares power with regional party NDPP.

The BJP also managed to join another coalition regime in in Catholic-dominated Meghalaya state despite having only won two seats in the 60-seat House.

In fact, Mizoram also saw end of Congress ‘raj’ in December and thus it has marked rout of Congress from a region it ruled most of the last six decades. “A mandate in the northeast marks a significant and tectonic shift in the politics of India,” Union Law Minister Ravi Shankar Prasad has said.
But that was the last good story – electorally for BJP. It came quite near the target but despite machinations failed to ensure its government last in Karnataka.

Some months back, PM Modi pledged a ‘Congress mukt (free) India’. That does not seem to be in sight now and instead challenges have mounted for BJP. Two of its friends TDP and RLSP have deserted the ship while Shiv Sena chief Uddhav Thackeray has echoed Rahul Gandhi’s blistering attack on Prime Minister on Rafale.

Moreover, what has sent BJP’s poll strategists worry is it is the ‘economics’ and not the polity of Ram Mandir or Modi’s vitriolic attack against Nehru-Gandhi family that is guiding the future narrative of Indian politics.

One diagnosis is – the Congress misled the voters with half truths about farm distress, loan waiver, Rafale row and fake sacred thread vis-a-vis soft Hindutva.

Some surveys have shown that BJP’s as well as NDA’s tally could come down to around 240s. Some leaders such as Dr Subramanian Swamy has diagnosed the ‘defeats’ as wake up call and that the complacency must go.

Most others remain tight lipped. Even veteran L K Advani, who made some unfavourable observations against Modi-Amit Shah duo in 2015 after Bihar debacle, has chosen to wait and watch.

Nitin Gadkari, PM Modi’s cabinet colleague and a trusted ‘man’ of RSS chief Mohan Bhagwat, has made some news by saying :”Leadership should have the keenness to own up the defeat and failures”.

It could be a veiled attack on PM-BJP chief duo as it is these two leaders who pull all the strings in the party. This school of thought in the saffron camp says the Congress fortune could be due for a reversal as the public grows increasingly tired of Modi’s attack against Nehru-Gandhis and the political machinations of Amit Shah.
In terms of correction, Amit Shah, also regarded as a quick learner is expected to do some quick fix.

Some signs are already visible, he has become more accommodating to a disgruntled LJP chief Ram Vilas Paswan and has ostensibly also offered a Rajya Sabha berth from Assam. Mr Shah will have to eat up some of his ego – as was enunciated in his battle with the outgoing Rajasthan Chief Minister Vasundhara Raje – as for about two months both could not agree on a new state unit chief.

Of course, in the run up to the polls in Rajasthan and Madhya Pradesh, Shah did emulate Late Pramod Mahajan and when in problem sought the services of RSS leaders and tried to make use of their organisational reach.

Perhaps it is this factor,party insiders say, BJP’s show was not as bad as they could have been in Rajasthan and Madhya Pradesh. The Emergency by Indira Gandhi in 1970s saw a period of sustained authoritarian rule that lasted from June 25, 1975 to March 21, 1977.
Ironically, the BJP regime – now – has often been likened to the Indira era if not worse. Some dubbed it as ‘Republic of Lies’ during the year.
PM Modi, known for his anti-Congress rhetoric, has in the past attacked the Emergency, describing it as a “black night that cannot be forgotten.”
Liberal media critics and Congress leaders admit none should support the ‘excesses’ committed during Emergency.

They say there is ‘undeclared emergency’ under Modi and also that Indira Gandhi with her ruthlessness held India together in 1971 during war with Pakistan.
May be – a war or hot pursuits against Pakistan can be a game changer. Similarly, all eyes are on Ram Mandir hearing expected from January 4.

Modi can again be the best vote catcher – with his lethal combination of pro-Hindutva leader, whose tenure might have faced repercussions of GST-Noteban moves, but there was no major corruption. His developmental push saw many new projects materialising.
In the ultimate analysis, more importantly, what will go in BJP’s favour is the ‘confusion’ among opposition rank and file over a simple, yet million dollar question, instead of Narendra Modi – who? DMK’s suggestion on Rahul Gandhi has not many takers. (UNI)