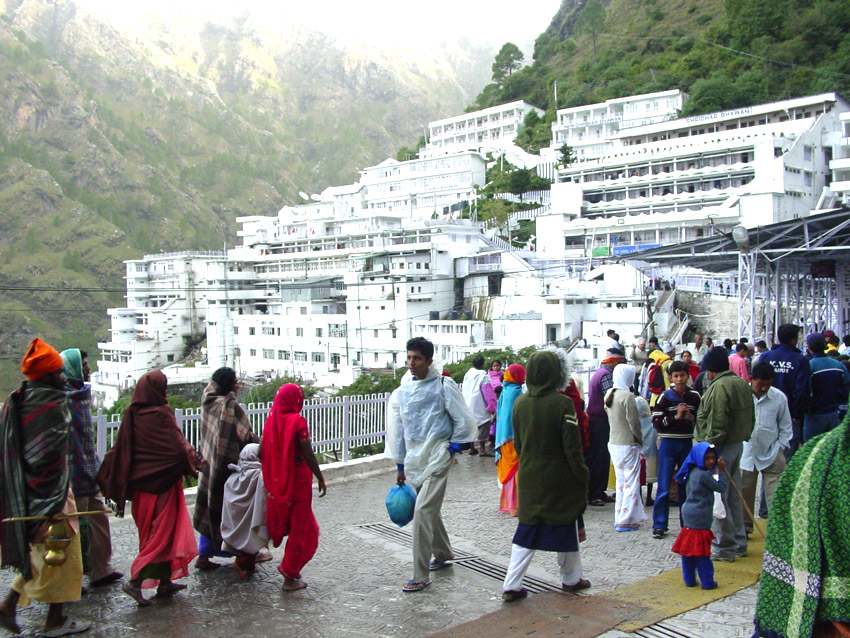 The pilgrimage to Shri Mata Vaishno Devi Cave Shrine, which witnessed slump in the previous five years, broke all records in the year 2018 as the yatra crossed 84 lakhs mark.

As per official figures, in 2017 the total yatra was recorded 81.78 lakhs but in the current year, this figure was crossed in the month of November and so far the yatra has crossed 84 lakh mark, having still few days left to 2018 coming to an end.

The pilgrimage has increased by 3.74 lakhs from corresponding year of 2017.

A senior official said that the Shrine Board is capable of handling a daily rush of 50,000 pilgrims and at present due to cold, daily yatra is touching 30,000 to 35,000 figure.

Last year in this period there was a dip in the pilgrimage as only 15,000 to 17,000 pilgrims reached Katra but the figure during the current period has shown upward graph, he added.

Meanwhile on new track, he said that on an average daily 3000 to 4000 pilgrims opting this route on way to Bhawan as it is less congested and have more facilities.

Shri Mata Vaishno Devi Shrine Board is expecting that the Yatra may touch 85 lakh mark by December 31 as it witnesses increase in view of New Year.

Moreover, the start of Bhawan-Bhairon Ghati Ropeway will also give rise to the number of yatries by year ending, officials claimed.

As per officials, in the last year, total 81,78,318 pilgrims visited to the cave shrine but new record was set as the yatra in the current year crossed this figure in the month of November.

They said that with fresh snowfall at Bhawan and start of Bhawan-Bharion Ghati Ropeway project, the yatra further witnessed increase and may touch new record hoping that it may touch 85 lakhs.

In 2013, record one crore pilgrims visited to the cave shrine and paid obeisance but after that the pilgrimage declined due to the security situation and other reasons, happenings in the state.

The yatra this year broke previous five years record and the figure will further rise by year end, official added.

They said that presently 30,000 to 35, 000 pilgrims are daily reaching Katra base camp to perform the pilgrimage while the Shrine Board has geared up and made all necessary arrangements expecting the yatra figure increasing many fold touching 40,000 to 50,000 daily on December 29, 30 and 31.

However, in 2017, as compared to the current year, the Cave Shrine witnessed record number of pilgrimage and crossed over 80 lakh mark.

In 2017, with more than 80 lakh yatries visiting to the cave shrine, registered an increase of around 3 lakh pilgrims who paid obeisance at the Sanctum Sanctorum during the entire calendar year 2016.

Jammu and Kashmir Governor Satya Pal Malik, who is also the Chairman Shri Mata Vaishno Devi Shrine Board have also asked the Shrine Board to make elaborate arrangements for facilitating a large number of pilgrims.

Meanwhile the Board has made arrangements including ensuring water and power supply along the track leading to the Shrine and in the Bhawan area, medicare, adequate stocks of blankets, security, sanitation etc.

Special arrangements were made enroute the Shrine across the year to felicitate the pilgrims.

Ever since the inception of Shrine Board in 1986, the Holy Shrine of Mata Vaishno Devi has witnessed an ever-increasing number of devotees.

The increase in the Yatra has been possible due to the efficient and pilgrim oriented management of the Shrine Board.