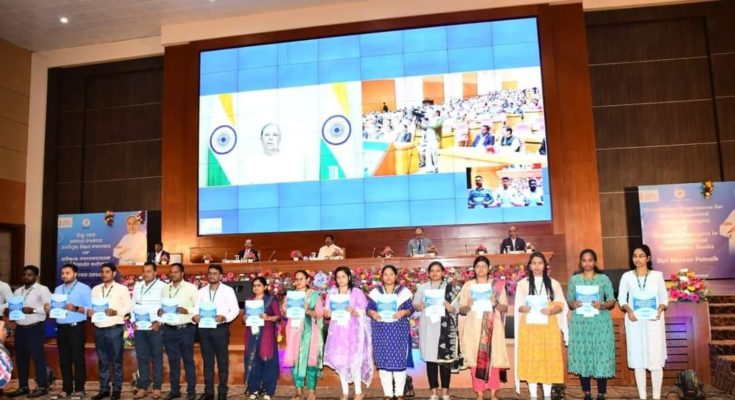 Joining an orientation programme for the new entrants virtually, which was organised at Convention Centre, Chief Minister Shri Naveen Patnaik said that this will enable these banks to have quality manpower at the front office and infuse professionalism in their functioning. The farmers will benefit from this by way of better service delivery under financial inclusion and credit dispensation. He hoped the momentum would be sustained in the days to come.

Saying that small and marginal farmers constitute over 90 percent of our population, the CM said that the cooperative sector plays a pivotal role in the socio-economic development of farmers by providing necessary impetus to their agricultural operations through credit inputs and marking support.

He further said that the Co-operative Banks and Primary Agricultural Cooperative Societies provide around 60 percent of the total crop loans disbursed in the state. Almost the entire paddy procurement operations and procurement of other agricultural produce are done by these PACS, he added.

In recognition of their potential in service delivery to the people, the CM added, the State Government has been giving emphasis on the strengthening of their human resources and technology up-gradation. Core Banking Solutions and computerized operations of PACS have been included as important 5T interventions of the state, he added.

He further said that the Government has been providing share capital assistance to the Co-operative Banks and PACS in order to strengthen their capital base. The Government is also providing interest subvention support to help them provide crop loans to farmers at a marginal rate of interest. In order to facilitate the small and marginal farmers, my Government has made interest-free crop loans up to Rupees one lakh, he added.

Emphasising that 2158 PACS have gone online with Core Banking System facilities, he said, this will bring about efficient, expeditious and transparent service delivery by the PACS in the field of banking, credit and other operations. Online operation of PACS in Odisha on the CBS platform is the first of its kind in the entire country, he underlined.

Speaking on the occasion Cooperation Minister Shri Atanu Sabyasachi praised the vision of the Chief Minister for the cooperative sector reaching out every farmer with marginal or zero interest. He said the state has achieved pre-eminent position in providing food security to people.

Development Commissioner Shri PK Jena said that the the induction will improve the state govt’s outreach programme. He said that guided by the 5T principles, this is a transformed Odisha, where service delivery is reaching people at faster rate.