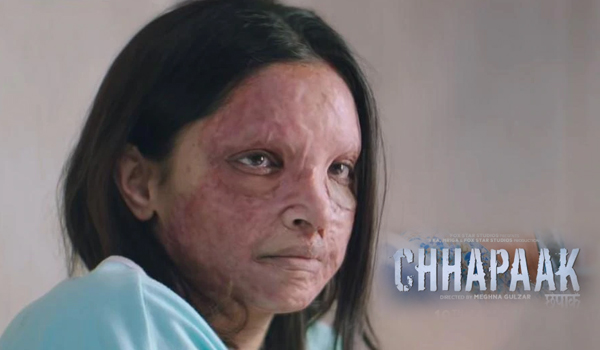 Bhopal, Jan 9 : Madhya Pradesh Chief Minister Kamal Nath on Thursday declared the upcoming Deepika Padukone-starrer “Chhapaak” tax-free on the state even before its release on Friday. The film is based on the life of the acid attack survivor Laxmi Agarwal.

He made the announcement on Twitter on Thursday and praised the film for its subject.

The film, helmed by Meghna Gulzar, is set to hit the screens on January 10.

“Meghna came to me with the script and I was instantly drawn to Meghna’s honesty, to Laxmi’s story and her journey. I felt like it was very very powerful and I felt like as an actor, I definitely wanted to be a part of the film. Even as a person, I felt like there’s a really strong narrative in Laxmi’s life, and I wanted the world to see that,” Deepika had told IANS earlier.

It was back in 2005 when Laxmi, then just 16, was attacked by a 32-year-old man who threw acid on her because she had turned down his proposal. She didn’t let the incident pull her down.

Laxmi went on to work as director of a non-profit Chhanv Foundation and also associated with campaign Stop Acid Attacks.

Deepika was left so impressed by Laxmi’s story, among other things, that she decided to be attached to the film as a producer too.

“We finished the narration and I said yes to the film. I said, ‘wait a second, should we produce this film as well?’ Meghna was open to the idea. She and I came on board as producers and then we went around to studios and had Fox (Fox Star Studios) join us,” she said.

The film’s narrative leans on Laxmi but Deepika says it’s not a biopic.

“It also throws light on acid violence in our country,” she said.