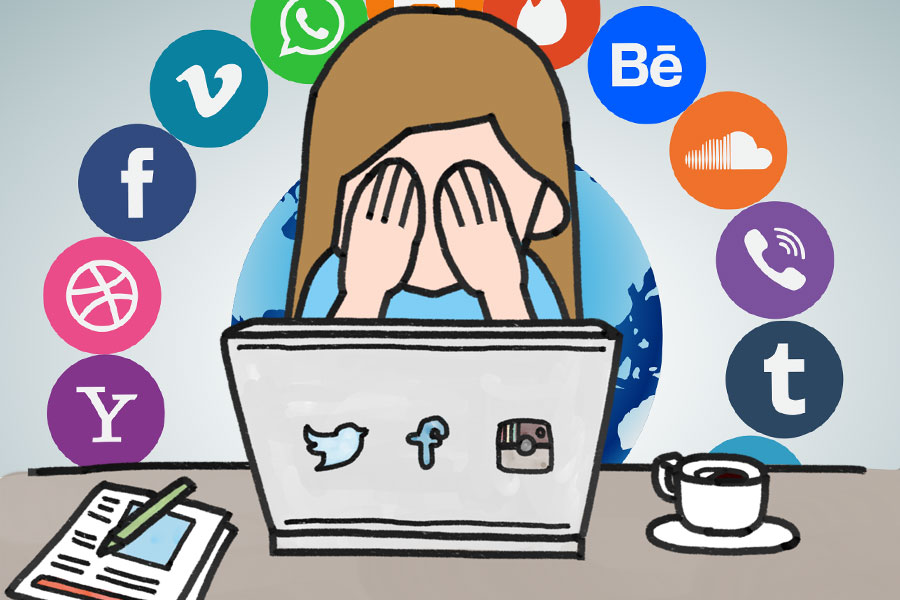 The recent outpouring of hate campaign in social media against minorities, particularly Muslims agonises me. I am yet to understand the rationality behind this new trend.

To my dismay, many of my friends who are intellectual, educationally and socially far more superior to me unabatedly post messages/ images in their accounts vilifying the Muslim community. I don’t know how to react to this phenomenon.

Should I contest with their view? I am unsure of my ability to counter them. Moreover, I don’t have the guts to withstand the counterattacks. I had tried once and have experienced the bitterness.

Furthermore, the believers and propagators of this hate campaign are not ordinary people. They are professors, doctors, engineers, and persons with an admirable credential. They are so bigoted in their perception that it is difficult to engage them in a discussion. They must have their reasons, otherwise how can they spew venom without considering the consequence?

It is really a matter of concern because the outcome of this bigotry will be disastrous for our society and also our nation. I mulled over this development and am trying to analyse the contributing factors behind this trend. So many questions come to my mind: Where will this hate take us to. Are we heading towards another partition? Can we get rid of a whole community consisting of roughly 15% of our population? Is there any end to this bigotry? Can we stomach so much hate for long? Is there any brightness on sight?

It will be logical to understand the genesis of this sudden surge of Islamophobia before reaching any conclusive answer to its aftereffects. Firstly, the whole Indian subcontinent is one of the oldest civilisations. We have a composite culture, an amalgamation of so many subcultures. Our religiosity is fused with our culture. There are many variants of Hinduism. Likewise, there are multiple variants of other religions also but the determining factor is that we all have lived as one civilisation for centuries. There is one argument that Islam came to India by the invaders. I don’t counter this argument, though it may not be fully correct, but my contention is that, are we going to alter the history? Can we undo all injustices done to us by invaders? What about the injustices imposed on us by our own Hindu rulers? Is there any evidence that all the Hindu rulers were benevolent? Are we going to invade the Great Britain and colonise them to avenge their invasion?

No end to revenge story

In my view, there is no end to this revenge story. History is our past. We cannot lock ourselves in our past. Yes, we must learn from our history to shape our future but what is happening today is just opposite. We are in a process of reinventing our future in our past. Furthermore, if some injustices have been inflicted on us by sundry Muslim rulers in the medieval era, should we settle it today with an ordinary Muslim, by lynching him?

Yes, we should have adopted but that would have cost our democracy. Secularism is synonymous with democracy. The glaring example is Pakistan, a nation created on the basis of religion. It could not survive for long. Bangladesh was created rejecting the theory of religious nationalism. Furthermore, Pakistan is still struggling for democracy and still to escape from the grip of mullah and military. A democracy of ‘Indian variety’ is still a distant dream for them. It is true that our democracy has so many lacunas but still, we are a democracy and survived as one since our independence.

Thirdly, there is a worldwide propaganda against Islamism is in place. American imperialism has its own fallout. After 9/11 attack there is a sustained American propaganda against Islamic terrorism. Gradually that was converted to anti-Islamism. How this conversion happened is a complex issue but I am trying to decipher it in our Indian context – how misinterpretation changes a whole concept.

We Indian are sentimentally anti-Pakistan due to our historical enmity. But with recent orchestrated propaganda, misinformation, fake news and hate campaign anti-Pakistanism is construed as anti-Islamism. How many of the hate mongers understand the basic difference?

If this is the era of information then it is an era of misinformation also. We are fed with a lot of misinformation incessantly. The news is being manufactured in newsrooms, in television studios and social media. Opinions are manufactured by sophisticated professionals. Bizarre logic in full display – if you don’t support the government, then you are anti-national and therefore anti-Hindu.

Many of my friends learn history from WhatsApp and Facebook. How many of us are aware that Kashmir is a political problem and not a religious one? It is rooted in 1947. Islamic factor was never in existence in the beginning but induced by Pakistan to gain leverage. Yes, Islamic terror is a reality but it is unjustified to paint entire Muslim community in same brush.

Lastly, we are being drifted away with this latest trend of religious extremism. To counter Islamic terror we are tolerating our homegrown Hindu extremism. This is not a logical option. It is the duty of the state to protect us. There is no substitute for our police force. We should not create any extra-constitutional groups or institution for the sake of our own security. If this trend continues then there will be serious consequences. We will soon become a Hindu-Pakistan. Lately, some political parties are playing this communal card overtly. They are fanning this communal hatred for their electoral gain. I appeal to my friends to mull over the following hypothetical questions before being a catalyst to an imminent uncertainty engulfing our future.

How and why, all of a sudden, Hinduism is in danger in a country where roughly 80% are Hindu? If we are really in danger then what is the long-term solution to avert it? If we sincerely believe that a Hindu Rastra is a panacea to all our misery, then what is the blueprint of that Hindu Rastra? What will be its constitution – a monarchy or a democracy?

Is it conceivable that there will be no corruption, no injustice and no discrimination in that utopian Hindu Rastra? How are we going to tackle a population of 172 million who may not support the idea of Hindu Rastra? Certainly, we are not going to follow the methodology of the Holocaust because the number of Jew killed in Holocaust was only 6 million, and here it is a question of 172 million.

Also, we need not one, but many Hitlers for this task. Another option is there –we can opt to live with permanent hostility like our new-friend Israel but neither we possess the capability nor the required fortitude. We can take a cue from our Israeli-style policy in Kashmir. It is not yielding any significant result in last four years. How can we extend the same policy to rest of India? Is it possible to ghettoised 172 million people and degrade them to a second-class citizen?

In Pakistan, they are still in search of their Muslim identity for which they created Pakistan. They are now, in the process of redefining Islamism, persecuting Ahmadis, Shias, and other ethnic denominations. Shall we follow the same path and persecute other religious minorities like Sikh, Christian, Buddhist, and Jains?

I believe we should not fall into this trap. We need to be vigilant because every political leader in this era is unprincipled and power crazy. The responsibility lies with us. Please do not mix politics with religion. It is an explosive mixture. Anytime it can explode. You can support any political party but please beware of the fact that there is no substitute for pluralism in our multicultural Indian society. We have survived as a democracy for last 70 years because we have acknowledged this basic fact ingrained in our civilisation. Please don’t get consumed with the hate culture and don’t be instrumental in igniting the tinderbox of communalism. The consequence will be disastrous. This will take us to nowhere.

We are doomed if we continue on this path of hatred. Many of my friends claim to be spiritual and religious persons. I just appeal to them to accept love instead of hatred. Love is the path to salvation. Humanism can only take us to prosperity and progress. Hinduism and humanism are two sides of the same coin.

(Panda is a writer based in Sambalpur in Odisha. Views are personal)