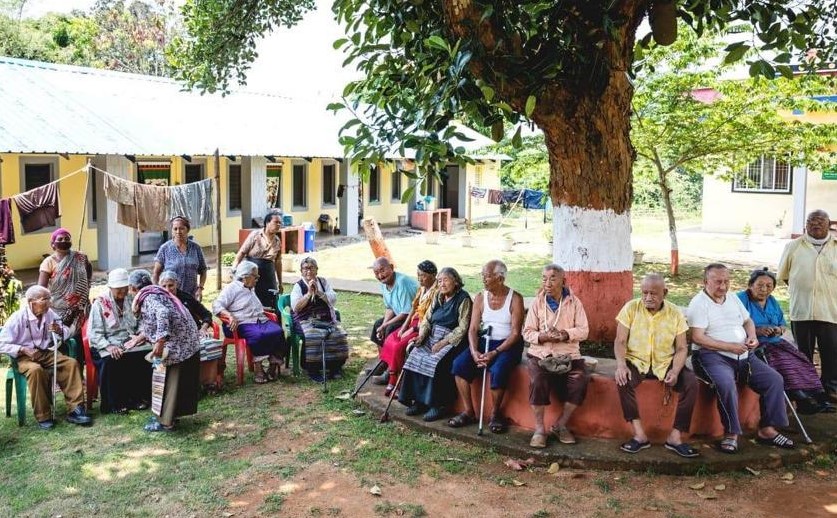 New Delhi: India is expected to have nearly 20% elderly population i.e. over 300 million senior citizens by 2050. It is significant; as many countries have a population less than this number. This age group faces various mental, emotional, financial, legal and physical challenges, and the pandemic has further exacerbated it. What is more important to understand is that, this age group is a basket of wisdom and untapped resource for the overall economic and social growth of the country.

Taking cognisance of the growing need to support the elderlies in the country, the Government of India has taken a monumental step towards addressing the challenges and problems they face, through country’s first Pan-India toll-free helpline – 14567 — called ‘Elder Line’, which provides free information and guidance on pension issues, legal issues, extends emotional support, and even intervenes on field in cases of abuse, and rescues homeless elderly.

The intent of ‘Elder Line’ is to provide all senior citizens, or their well-wishers, with ONE platform across the country to connect and share their concerns, get information and guidance on problems that they face on a day-to-day basis, without having to struggle for it.

One of the callers, for instance, was looking for a hospital for his mother-in law with Parkinson and was bed ridden with health issues. She got Covid positive and had to be shifted to a Covid ward in the ICU. After a few days, the hospital insisted that she be taken back home even though she was positive. Unable to understand this, the caller reached out to Elder Line for guidance. The Elder Line team immediately connected with a private chain of hotels and found one such facility where she could be shifted temporarily.

Elder Line is a culmination of the initiative of Tata Trusts, India’s oldest philanthropy, took through its partner, Vijayavahini Charitable Foundation, in 2017, in collaboration with the Government of Telangana in Hyderabad, to help the elderlies in the city. Tata Trusts has been and continues to be engaged in strategic philanthropy, to create impact that is deep, wide and irreversible in millions of lives in the communities that we serve, distinguished by our scale and depth of interventions on issues of national significance.

Today, Tata Trusts and NSE Foundation, as technical partners, are jointly supporting the Ministry in operationalizing Elder Line. Till date, 17 states have already opened the Elder line for their respective geographies and others are in the pipeline to be opened. In the last 4 months alone, over 2 lakh calls have been received, and over 30,000 seniors have already been serviced. Of these, nearly 40% calls were related to guidance required in the vaccine and queries related to it and nearly 23% of calls were related to pension.

In another situation, there was a caller whose pension was not being received and he sought support from the Elder Line team. The team contacted the respective pension officer and followed through with verifying all the d Line facility managed by the State and GOI. With this

background, the pension was immediately transferred into the account of the senior citizen.

With Elder Line coming in, millions can report such incidents and seek support for senior citizens – this is what makes ‘Elder Line: 14567’ a truly remarkable service for now and the times to come.