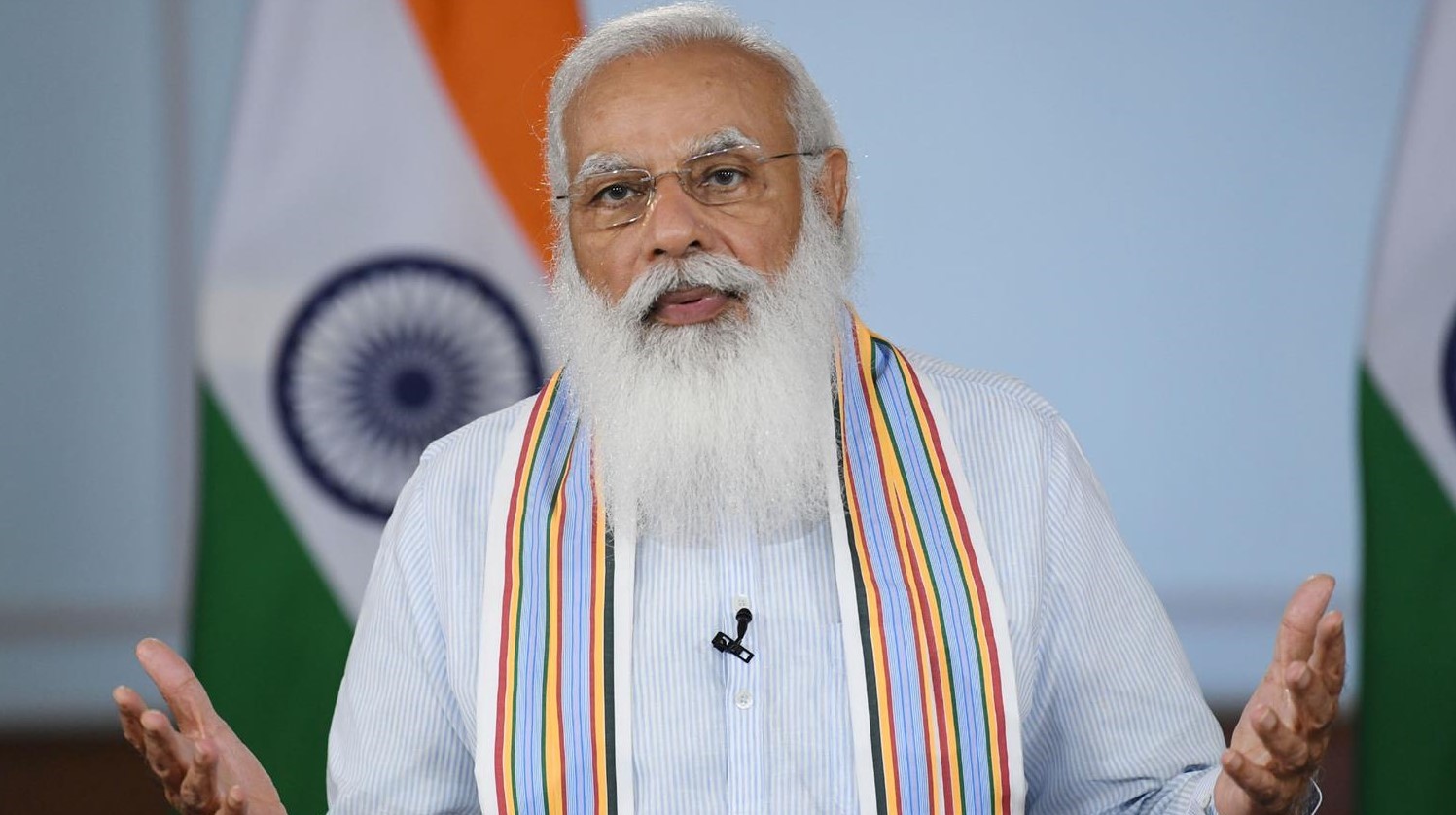 Talking to Smt Zaitoon Begum of Ganderbal, Jammu and Kashmir, The Prime Minister talked about her journey of learning innovative agricultural practices and how she trained other farmers and how she is working for the education of girls in the valley. The Prime Minister mentioned that even in sports, girls from J&K are doing well. He also said that the needs of farmers with small holdings are the government’s priority and they get all the benefits directly.

While interacting with Shri Kulwant Singh, a farmer and seed producer of Bulandshahr, Uttar Pradesh, the Prime Minister enquired how he was able to produce a diverse variety of seeds. The Prime Minister asked how he benefits from his interaction with scientists at the agricultural institute at Pusa and what is the trend among the farmers about getting in touch with such institutions. The Prime Minister praised the farmer for processing his crops and doing value-additions. The Prime Minister said that the government is making efforts to get good prices for farmers with many initiatives like access to the market, good quality seeds, soil health cards etc.

Prime Minister enquired Smt Darshana Pedenkar, from Bardez, Goa, how she is cultivating diverse crops and rearing various livestock. He asked about the value-addition of coconut done by the farmer. He expressed happiness that how a woman farmer is flourishing as an entrepreneur.

The Prime Minister enquired from Shri Suresh Rana, Udham Singh Nagar, Uttarakhand about how he started corn cultivation. The Prime Minister complimented the farmers of Uttarakhand for using FPOs efficiently and said that when farmers work collectively they benefit a great deal. The Government is trying to make every resource and infrastructure available to the farmers.

Addressing the occasion, the Prime Minister said in the last 6-7 years, science and technology are being used on a priority basis to solve the challenges related to agriculture. ”Our focus is very high on more nutritious seeds, adapted to new conditions, especially in changing climates,\’\’ said the Prime Minister.

The Prime Minister recalled the massive locust attack in various states last year, in the midst of the Corona pandemic. India had tackled this attack by making a lot of efforts, saving farmers from incurring too much damage, he said.

The Prime Minister stressed that whenever farmers and agriculture get a safety net, their growth becomes rapid. He informed that 11 crores Soil Health Cards were issued for the protection of the land. The Prime Minister listed the farmer-friendly initiatives of the Government such as campaigns to complete about 100 pending irrigation projects for providing water security to the farmers, providing new varieties of seeds to farmers to protect crops from diseases thus getting a higher yield. He added that along with increasing the MSP, the procurement process was also improved so that more and more farmers can get the benefit. More than 430 lakh metric tonnes of wheat has been procured in the Rabi season and farmers have been paid more than 85 thousand crore rupees. Wheat procurement centres were increased more than three times during the pandemic.

The Prime Minister said by connecting farmers with technology, we have made it easier for them to get help from banks. Today farmers are getting weather information in a better way. Recently, more than 2 crore farmers have been given Kisan Credit Cards.

The Prime Minister remarked that due to climate change, new types of pests, new diseases, epidemics are emerging, because of this, there is a big threat to the health of humans and livestock and crops are also being affected. Intensive continued research on these aspects is necessary. He remarked that when science, government and society work together, results will be better. Such an alliance of farmers and scientists will strengthen the country in dealing with new challenges.

The Prime Minister said efforts are being made to take the farmer out of the crop-based income system and encourage them for value-addition and other farming options. He stressed the need to further develop millets and other grains with solutions from science and research. He said that the purpose is that they can be grown in different parts of the country according to the local needs. He asked people to be prepared to use the opportunities provided by the UN declaring the coming year as the Year of the Millet.

The Prime Minister said along with our ancient farming traditions, marching towards the future is equally important. He said modern technology and new farming tools are at the core of future farming. “Efforts to promote modern agricultural machines and equipment are showing results today,” he added.