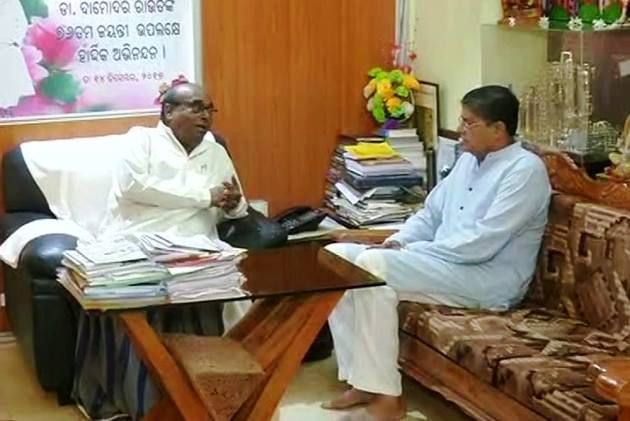 What is available from the sources close to Damodar Rout, who was booted out of the Biju Janata Dal recently, the new party floated by him will be named as Biju Samata Kranti Dal (BSKD).

So far, Rout remains to be the only member of the proposed party, as no one, except former BJD MP Braja Kishore Tripathy, seems to have shown his inclination to join it.    Obviously, the new regional outfit will be headed by Rout and expected to be backed by the politicians who might join it.

In the meanwhile, interestingly, according to a video, which has gone viral in the social media, Rout’s hold over Baijayant Panda has slackened and he is completely disenchanted with Panda as never before. The undercover report done by a website has revealed about Rout’s frustrations as to how he has been left in the midstream by Panda. Rout has minced no words in that video saying that Panda does not know what politics is all about.

“He has no political agenda,” Rout lamented. He further goes on to say that only because Panda “I want to keep him in the (proposed) party because he is a moneyed man. Otherwise, there is no necessity of Panda, he adds.

Rout also went a step ahead to belittle Panda’s “chai khatti” (debate at tea stall) utterances as politically irrelevant as they would have no bearing on the people. Rout was unsparing at Panda to say that he (Panda) had already taken a rebate of about Rs.200 crore towards electricity arrears and hopes to get rebate on Rs.400 crore more.

The bonhomie between Odisha chief minister Naveen Patnaik and Prime Minister Narendra Modi does not allow Panda’s entry into the Bhartiya Janata Party, said Rout who also described the former BJD MP as a ‘darakula’ (scared) leader who ran away from him in Baripada recently on a very implausible ground (stomach upset).

Knowingly or unknowingly, Rout has, so far, made one of the most upfront observations on Panda stating that the latter is now closeted with former BJD MLA Navin Nanda, who was recently nabbed by the police in Kolkata in a very embarrassing situation.

Rout, however, is still hopeful that many leaders from the BJP and Congress will join the proposed party, which, he claims, can destabilise the BJD.