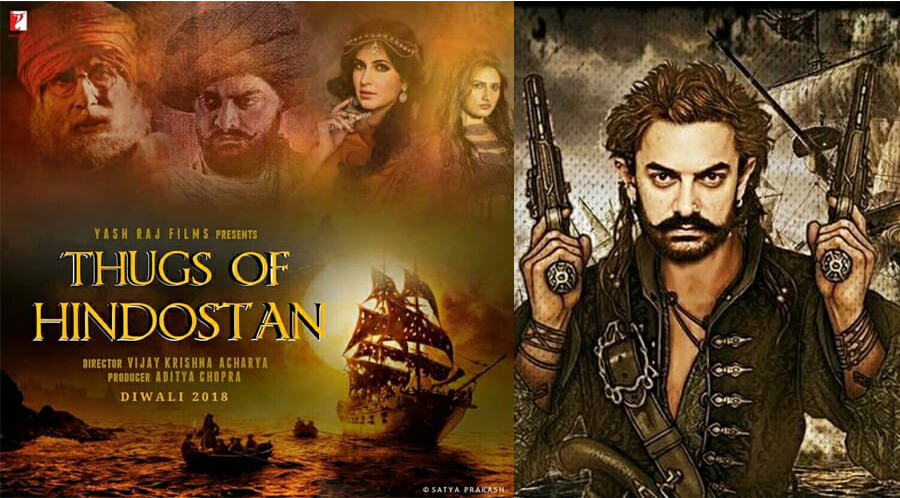 Thugs of Hindostan was certainly the most awaited movie of the year.

There was a lot of hype around the movie. After all, it was so far the most expensive movie made in India with all big names of Bollywood associated with it – Amitabh Bachchan, Aamir Khan, Yash Raj Films and director Vijay Krishna Acharya of Dhoom 3 fame.

The film was bound to set the cash register ringing and create box office history. It actually did so on the first day as it was released on November 8 (Thursday). It set a new first day record by collecting Rs.52.25 crore from its Hindi and dubbed Telugu and Tamil versions. But the excitement evaporated soon as mixed word of mouth and bad reviews by critics took a toll on the expensive film.

From the second day onward TOH went on a downward spiral. According to box office portal, boxofficecollection.in,  it collected Rs.29.25 crore on Friday, Rs.23.50 on Saturday and Rs.22 crore on Sunday. That is a total of Rs.127 crore, including Rs.123 crore from Hindi and another Rs.4 crore from Tamil and Telugu.

The humongous collection of Rs.127 in four days might look like phenomenal but it is not a good sign considering that TOH has cost the producers over Rs.260 crore to make, excluding Aamir’s fee. Critics have been very harsh to TOH. Box office watcher Taran Adarsh described it as a “king sized disappointment”.

It is another matter that TOH has recovered more than a half of its investment even before its theatrical release, thanks to Aamir’s box office standing and Yash Raj Film’s banner. The film has got over Rs.150 crore from sale of satellite, digital rights and music rights. There is a fair chance of recovering its total investment from the domestic and overseas collections, especially China, where Aamir is now one of the most loved stars, and also making some profit.

But it is clear that the total figure of TOH may not reach up to Bahubali 2 and Aamir’s last film Dangal, two biggest hits in Indian cinema.

The lukewarm response to TOH has proved that these days the audiences may not be fooled by big ticket films if they do not have good content. When the content is good, word of mouth ensures that even a small film makes money at the box office. A case in point is Badhaai Ho, which was released just before TOH. Made on a modest investment of around Rs.30 crore, it went on to be a sleeper hit earning over Rs.100 crore despite having actors of lesser box office standing.