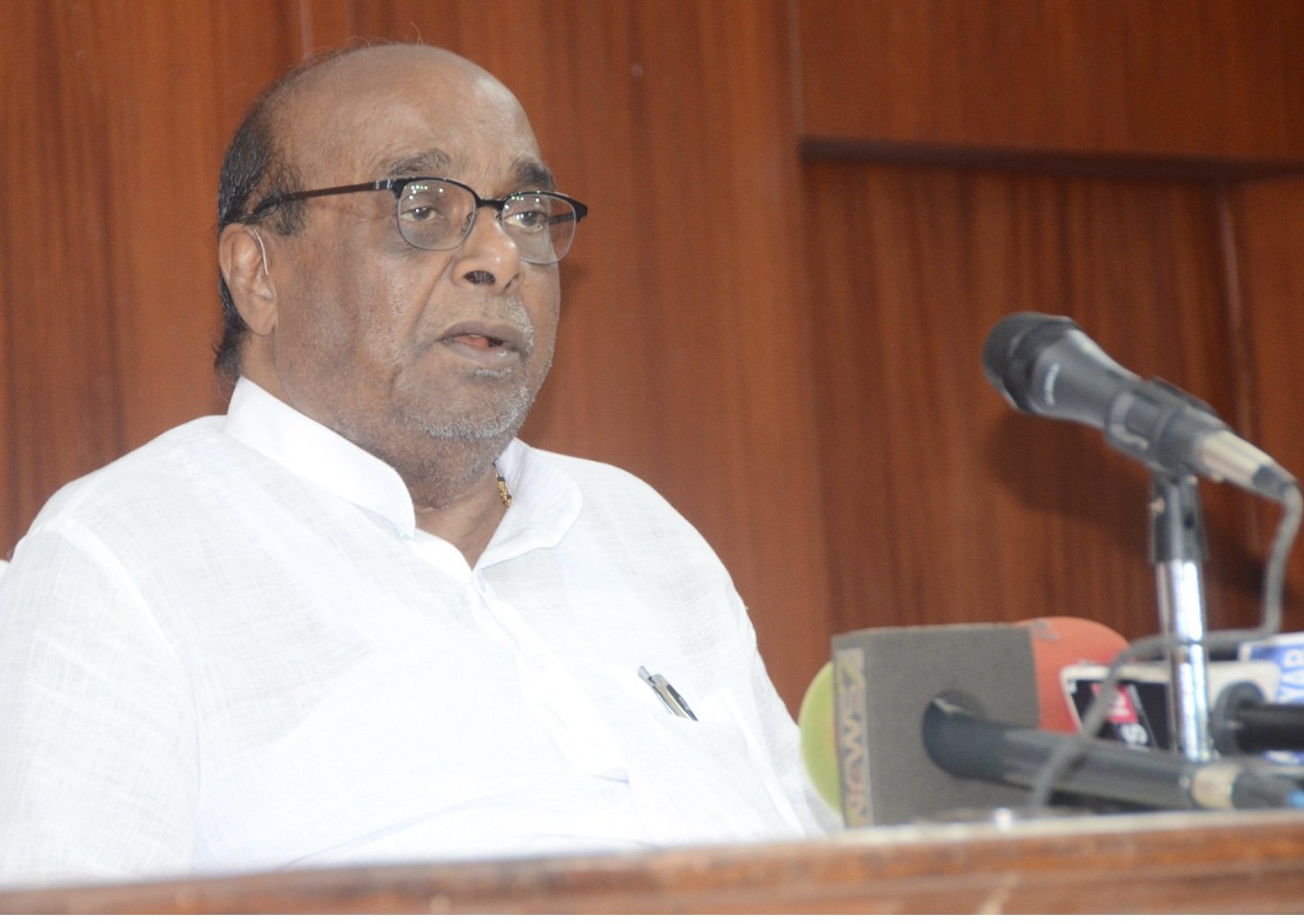 Post the expulsion from the BJD preceded by a series attack on Naveen-led establishment in Odisha, one of the most senior leaders and a former Cabinet minister many times Damodar Rout  was visibly in complete discomfort more so after  being booted out of the Biju Janata Dal (BJD) for alleged anti-party activities. It can be placed  on record here that Rout’s disillusionment was not  mere a lonely defiance or any adolescent fantasy of any protagonist in the making. Rather, this veteran leader’s months long narratives against the dispensation under Naveen Patnaik through series of revelations on alleged  corruptions in many departments morally lulls to a realization that he was not simply beating around the bush. With the expulsion of Damodar Rout from the BJD the political climate has suddenly changed but some ominous chatters in the grapevines has doubled. It is not that the verbal violence of Damodar Rout has acquired a sharper edge, challenging the BJD president and chief minister Naveen Patnaik’s authority but,   now a number of people, as was expected,  from other parties have started adding fuel to the fire . Some predicted that exit of Rout is the beginning of the doomsday for the Naveen-led BJD and dropped  hints at the emergence of a new political combination. Whatever may be the political fall-out post Rout’s exit but some kind of churning within the BJD is very likely . Although it is a different matter that how long the unity in diversity momentum would last among the leaders shown the door from BJD.

Barely 12 hours passed,  the recently ousted leader Baijayant Jay Panda was with Rout with the console-balm and Panda, expectedly, foresaw bad days ahead for his tormentor. It is, time and again,  said that, Naveen Patnaik and his advisers have become selective in booting out the leaders of Biju Patnaik days who still owe their allegiance to his political philosophy. Unity In Diversity ! There are a hell lot of chatters in political circles regarding the birth of an outfit taking together axed leaders from the BJD. The number is a good one if one counts the names. Prafulla Ghadai,Ramkrushna Patnaik, Braja Kishore Trpathy, Jay Panda, Damodar Rout and even the duo Bijay Mohapatra and Dilip Ray, though they are in the BJP but are disillusioned souls and would lay their hands on any lifebuoy that can help them remain politically afloat elsewhere.

Given the advantage of age and ability to organize two names pop up . One is that of Jay Panda and the other is Bijay Mohapatra, the beleaguered leader of Biju Patnaik days who is a good organizer . But
it is difficult to guess if a leader like Rout’s seniority can come in terms with such an eventuality which may require a psychic balance between personal ego (position) and acceptance of an official
subordination to his juniors .