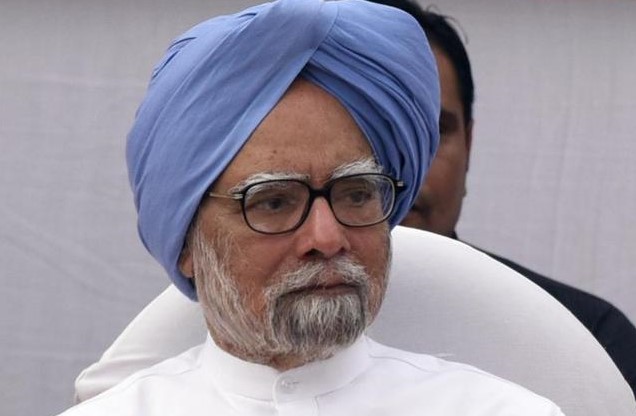 New Delhi, Nov 29  Former Prime Minister Manmohan Singh on Friday criticised the Narendra Modi government after India’s GDP growth rate went down to 4.5 per cent in the second quarter of 2019-20, terming the development “worrisome”, and expressing hope that the latest figures would wake the government from its slumber.

In his address at the National Conclave on the Economy at Jawahar Bhawan, Manmohan Singh, who himself is an eminent economist, said: “There is no one today that can deny the sharp slowdown in India’s economy and its disastrous consequences, particularly for farmers, youth and the poor.”

“But it is my belief that mere changes in economic policy alone will not help revive the economy. We need to change the current climate in our society from one of fear to one of confidence for our economy to start growing robustly again,” he noted.

The former Prime Minister said that there is a palpable climate of fear in our society today.

“Many industrialists tell me they live in fear of harassment by government authorities. Bankers are reluctant to make new loans for fear of retribution,” he said.

Manmohan Singh also said that the policy makers in government and other institutions are “scared to speak the truth” or engage in intellectually honest policy discussions.

He said that there is profound fear and distrust among various economic participants. Public trust in independent institutions such as the media, judiciary, regulatory authorities, and investigative agencies has been severely eroded.

“This toxic combination of deep distrust, pervasive fear and a sense of hopelessness in our society is stifling economic activity and hence economic growth,” he said, adding theroot cause of this is the Narendra Modi government’s policy doctrine that seems suspect every industrialist, banker, policy maker, regulator, entrepreneur and citizen which has halted economic development.

“The Modi government seems to view everything and everyone through a tainted prism of suspicion and distrust.”

Manmohan Singh said that the government has positioned itself as some saviour, resorting to foolhardy moral policing policies such as “demonetisation” that have proved to be “disastrous”.

“For economic growth to revive, it is very important that the government enthuses trust and confidence and I urge the Prime Minister to set aside his deep-rooted suspicion of our society and nurse us back to a harmonious, confident and mutually trustworthy society that can revive the animal spirits and help our economy soar,” he added.