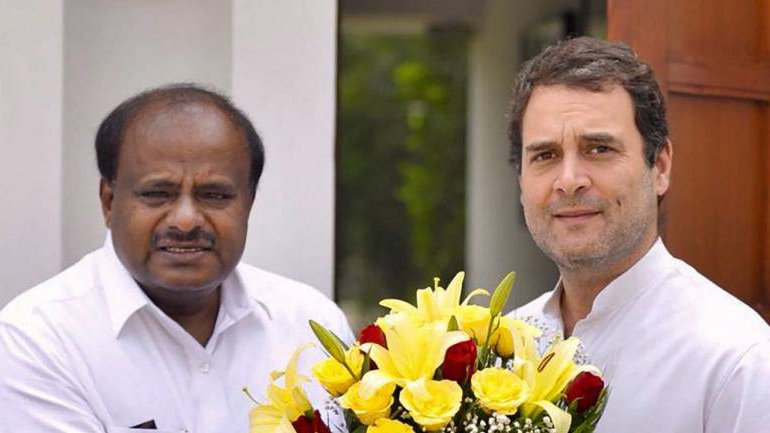 The results coming out after the bye elections from Karnataka cannot be read in isolation. It has to have a bearing on the psyche of the voters not only in Karnataka but in the whole country.

Winning or losing are all part of the game but the defeat suffered by the Bharatiya Janata Party (BJP) in Bellary Lok Sabha constituency, a place viewed to be a bastion of the party till the other day, is something difficult to digest. J Shantha, the BJP candidate who hails from the mining scam tainted Reddy family, was trounced by the Congress in the saffron citadel.

The fact that the Congress candidate, V.S. Ugrappa, an outsider in the Reddy brothers’ fiefdom, could defeat Shantha by a whopping margin of 2.43 lakh votes is going to be a grinding pain for the BJP for some time to come.

Barring the Shivamogga, which has come to the BJP through former Karnataka chief minister B.S. Yeddyurappa’s son Y Raghavendra, the ruling party at the Centre has literally failed to earn the qualifying mark even. It was a clear sweep by the JD(s)-Congress alliance and the defeat has created an impulse the BJP may ignore only to its own peril.

It is a very simple political reading that if in Karnataka, where the chief minister H.D. Kumaraswamy was battling with the bickering within the alliance for quite some time, has successfully stitched the tears and such a short-lived alliance could inflict such a humiliating defeat on the BJP, then a concerted effort nationally may also topple the applecart of the latter in many states in India.

It may not exactly be a very decisive indicator but the outcome should force in a realisation of fundamental loneliness and, of course, feeling of isolation for the BJP in the ensuing political conditions.