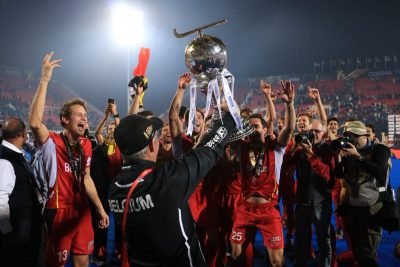 The Odisha Men’s Hockey World Cup is over. The excellent arrangements in the stadium, the festive fever of Dot Fest, the dazzling illumination of the city – they transported all of us to a different world as over 190 countries watched us with thunderous approval.

And with the visitors so effusive in their praise for the arrangements, the support and hospitality of our administration and police personnel, the spirited and sporting nature of our crowd, I felt that we Odias have finally arrived on the world stage. As long as hockey is played in the world, Bhubaneswar will be mentioned as a world cup city.

Kudos to chief minister Naveen Patnaik for having placed Odisha on the world map once and for all. Kudos to his entire team for this stupendous performance! India might have lost the World Cup but Odisha has won the heart of the world!

This performance should spur us into a stream of achievements not only in sports but in every aspect of life, for we must be 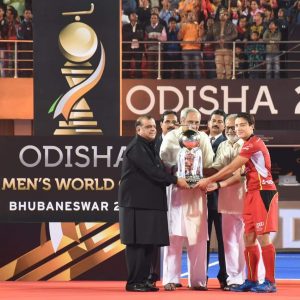 recognised for what we do and not for what we did not do. Having done so well, we cannot afford to do anything less in future. We are capable and we have proved it!

This takes me back thirty years when I was a young collector in the district of Sundergarh. I have been a witness to boys and girls playing hockey on Sundays from morning to evening non-stop in the 43 degrees heat of summer!  The stamina, the passion, the skill of the boys and girls – they come not from a coach or for love of money or fame, but from deep down one’s persona. Hockey to these boys and girls is not just a game, for them it is religion.

I still remember the day when the then chief minister, late J.B.Patnaik, on one of his visits, asked me what he could do for the district. We were driving in his car through the hockey corridor of India and I remember suggesting to him that the district really deserved an Astro Turf.

I said, “Yes Sir. But this investment will see our children at the Olympics.”

He smiled and the rest is history. I pay fulsome tribute here to the departed leader for his seminal contribution to Hockey Odisha. Dilip Tirkey, Lazarus Barla, Sunita down to Birendra and Amit … we have produced a galaxy of stars in the firmament. And so many more are waiting in the wings!

Let us all join together to commend the efforts of chief minister Patnaik and his administration in bringing this World Cup to Odisha and in setting a new benchmark in organising the tournament. The loud cheers of the crowd in the stadium, bursting at its seams, for all the teams, irrespective of the nation they were representing, will, I am sure, continue to ring in the ears of the players in all corners of the world for many, many years.

Young hockey players from the state have witnessed field hockey’s greatest tournament being organised in their very homeland – they now know where their dreams can take them!

Congratulations to all national teams on their glorious performances and my heartfelt felicitations to team Odisha on coming together to become, as the campaign said, the place “where the world comes to play.”

(Patnaik is a former chief secretary of Odisha)