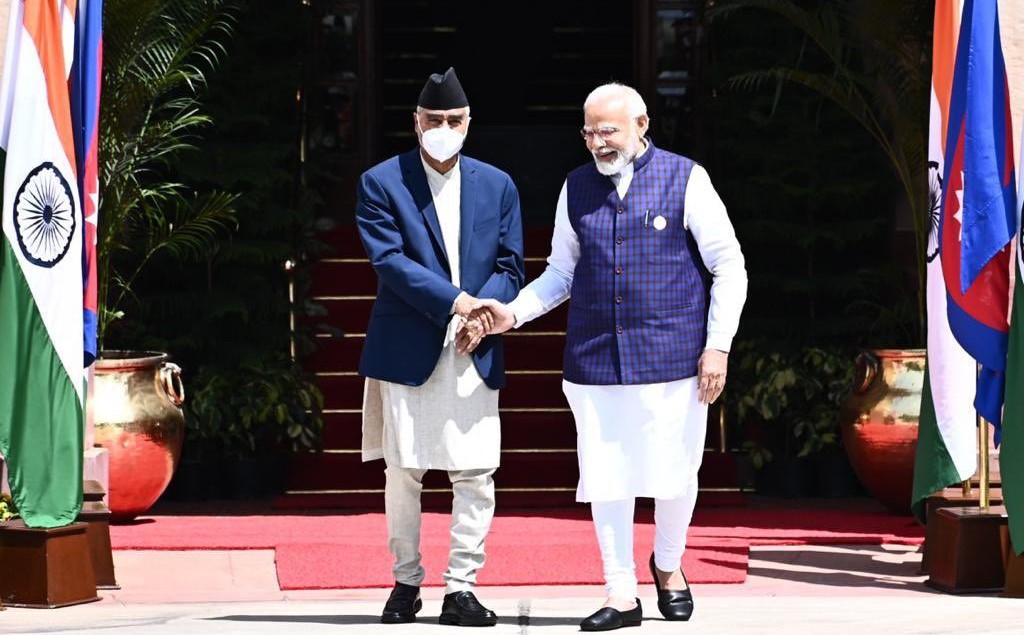 During the talks, the two leaders reviewed the progress in India-Nepal partnership and discussed ways to further their cooperation agenda. Prime Minister Modi and Nepalese Prime Minister Deuba jointly launched several projects on the occasion.

They flagged off the 35-kilometer long cross-border passenger train services between Jaynagar of Bihar in India and Kurtha in Nepal. Both the leaders also jointly inaugurated Solu Corridor 132 KV Power Transmission Line and Substation in Nepal built under the Government of India’s Line of Credit. The two Prime Ministers launched RuPay Card in Nepal. Following the talks, four MoUs were signed in the presence of both Prime Ministers.

Briefing the media, Foreign Secretary Harsh Vardhan Shringla said, the talks between Prime Minister Modi and his Nepalese counterpart were positive, forward-looking, and covered areas like security, development, and trade.

Mr. Shringla said, the most significant outcome of the visit has been in the energy sector. He said, the two sides reached a consensus on harvesting and this collaboration covers the entire spectrum.

Prime Minister Modi mentioned that he and his Nepalese counterpart also agreed to give priority to trade and cross-border connectivity initiatives in all respects.

Prime Minister Modi said that they also stressed the need to further strengthen the cooperation between the defence and security institutions of the two countries.

In his address, Nepalese Prime Minister, Sher Bahadur Deuba said, during the talks both sides shared perspectives on further strengthening the friendly ties between the two nations.