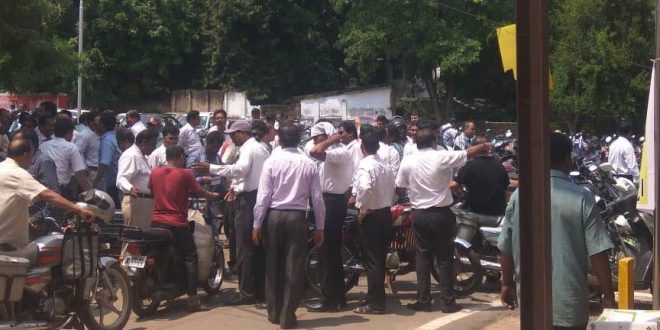 With the government of Odisha or the police administration not in a mood to rise to the baits or threats of the striking lawyers of the Orissa High Court Bar Association, the situation has boiled down to a state where the strikers appear losing the moral ground. In fact, the 60-day long deadlock, which has literally paralyzed the judicial functions, is not a small thing. The high court has taken to the extreme recourse of holding camp courts to listen to the bail petitions of the untold number of under-trials languishing in several jails, but that may not suffice to resolve the issue given the huge pendency.

So far 1,186 under-trials have been released by the camp courts held inside the jail campuses.

Technicalities apart, the strikers should have given a thought to the problems faced by the common men who in huge numbers look up at the courts for relief. They must be aware that Odisha claims one of the top ranks among the states as regards pending cases. It is no surprise that Odisha unenviably enjoys the sixth place in India with more than 1.5 lakh criminal cases yet to be disposed. Be that as it may, but the judiciary, which is viewed to be the justice delivery apparatus is itself bogged by problems of plenty in a way! And with this blighted background of pending cases, one can well imagine what these two months must have helped the further piling up of cases.

Ironically, the media does not intend to assume the role of ombudsman but the issue where the strike had its root was certainly not so big as it was made out to be. Moreover, two police personnel were booked but the renewed momentum stuck its neck out on a demand for the arrest of few more and since then it goes on fueling politicization of the issue as was evident from the divide between the BJD legal cell members and others that culminated in an uncivil fracas on last Monday.

Some restraint by the lawyers and some initiative from the government could have helped the situation not to come this pass.