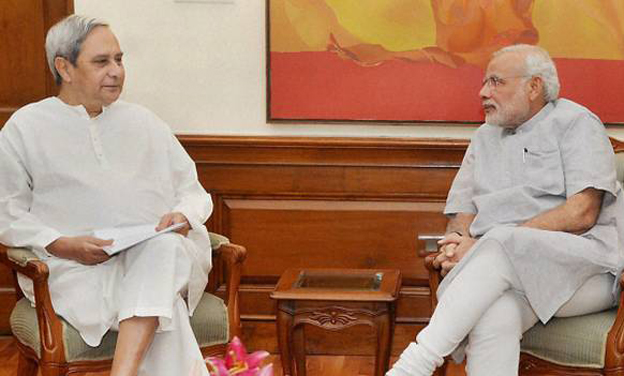 Few hours to go for Prime Minister Narendra Modi to arrive in Odisha during which he is very likely to take a few potshots at the dispensation here. Odisha chief minister Naveen Patnaik however has preempted any possible moves to embarrass the state government by unleashing few tricks he had up his sleeves over the issue of farm loan waiver . That is the KALIA scheme, which combines promises to protect farmers and a religious undertone so dear to people of the state, Lord Jagannath.

Patnaik has refused to follow suit over the above issue and has in way tried to turn the table interpreting the loan waiver recourse as an unfruitful step as had been proved in the past. He made a categorical attack on the Congress rule in Odisha, which had inflicted  huge load on state exchequer post the steps at farmers’ loan waiver in mid-1990s and a situation came when paying salary to government employees became a nagging problem for the government.

Without going into the micro-financial details of the KALIA — Krushak Assistance for Livelihood and Income Augmentation — it is not difficult to see that the scheme is a masterstroke from Patnaik by which he has hoped to roughen the barbs of the prime minister. Also it is virtually a metaphorical shield the chief minister hopes to hide behind from the prime minister’s fireworks.

Figures sometimes play the magic in people’s minds — figures like 30 lakh farmers to be covered under the scheme with Rs.10,000 per family and the momentum has to be kept till the 2019 polls.

At the same time, Patnaik has again played the earlier act of prodding the old wounds of Modi over the latter’s failure to give special category status to Odisha. Thus he has reminded the NDA government of few promises that were never fulfilled, and there is no time left for it either.