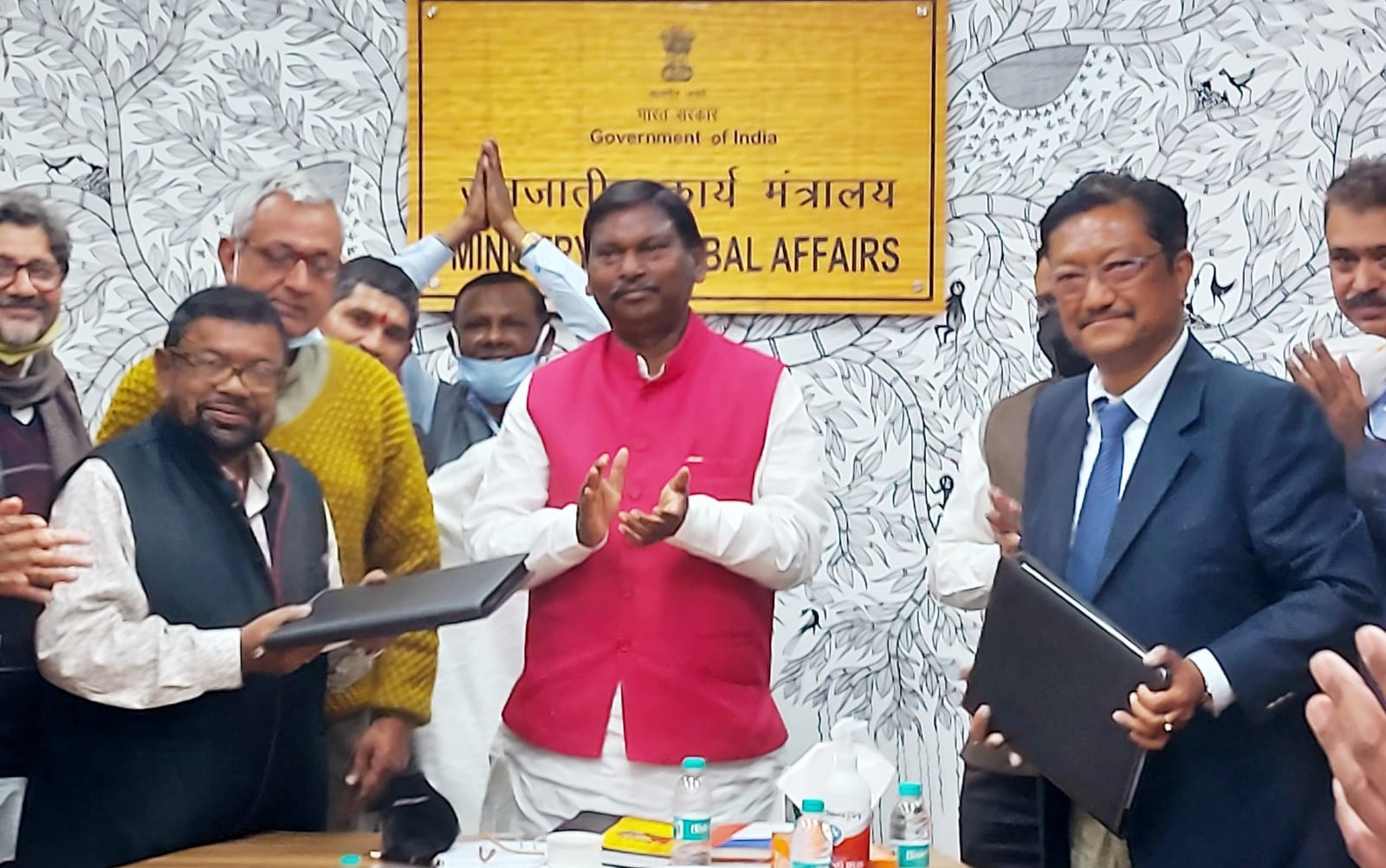 On the occasion, Arjun Munda said that since Independence, several eminent personalities have been associated with BAJSS and Dr Rajendra Prasad was its first chairman. He said that BAJSS was established in 1948 by Sh. Thakkar Bapa, an eminent social worker for all-Inclusive & all-round upliftment of the tribal Communities of India. The eminent leaders-Social Workers like U.N. Dhebar, and Moraraji Desai have been associated with the organization and have offered their valuable services for the upliftment of tribal community.

The Institution building at Jhandewala has collection of rare books in their library and a Museum with tribal artifacts. This heritage would have been lost if it is not preserved, repaired & maintained. By making BAJSS as the NTRI’s Resource Centre, when the country is celebrating its 75th year of Independence, the students, researchers and visitors interested in tribal culture and history would be able to optimally use the facilities available in Delhi and coming generations will also come to know about rich cultural heritage.

Anil Kumar Jha, Secretary of Ministry of Tribal Affairs said that the project has been undertaken under the guidance of Tribal Affairs Minister, who visited the premises with the officers of Ministry and had advised to develop the unique heritage as the resource centre of upcoming NTRI. Sh. Jha lauded the efforts of TRI Uttarakhand and TRI Odisha who have chalked out a plan to preserve this unique heritage.

Nayan Chandra Hembram, President of BharatiyaAdimJanajati Seva Sangathan (BAJSS) thanked the Hon’ble Minister for visiting the site with the team of officers and undertaking the preservation of books and restoration of museum, which were otherwise neglected. He also briefed about pan India activities of BAJSS and its role in tribal policies and issues since independence.

SN Tripathi, Director General, IIPA, said that IIT Kanpur is developing National Digital Library and when the books are digitized, these can be added to the vast resource available in national digital library.

Dr. Navaljit Kapoor, Joint Secretary, MoTA briefed about the details of activities which would be undertaken in the restoration project and the time line to complete the project.

A total amount of Rs.150 Lakhs has been sanctioned by the Ministry for preservation and digitization of Rare Books in BAJSS Library & to develop it in to an E-Library and for revamping of the tribal Museum, digitization of artefacts and making interactive kiosks so as to preserve the unique cultural heritage.