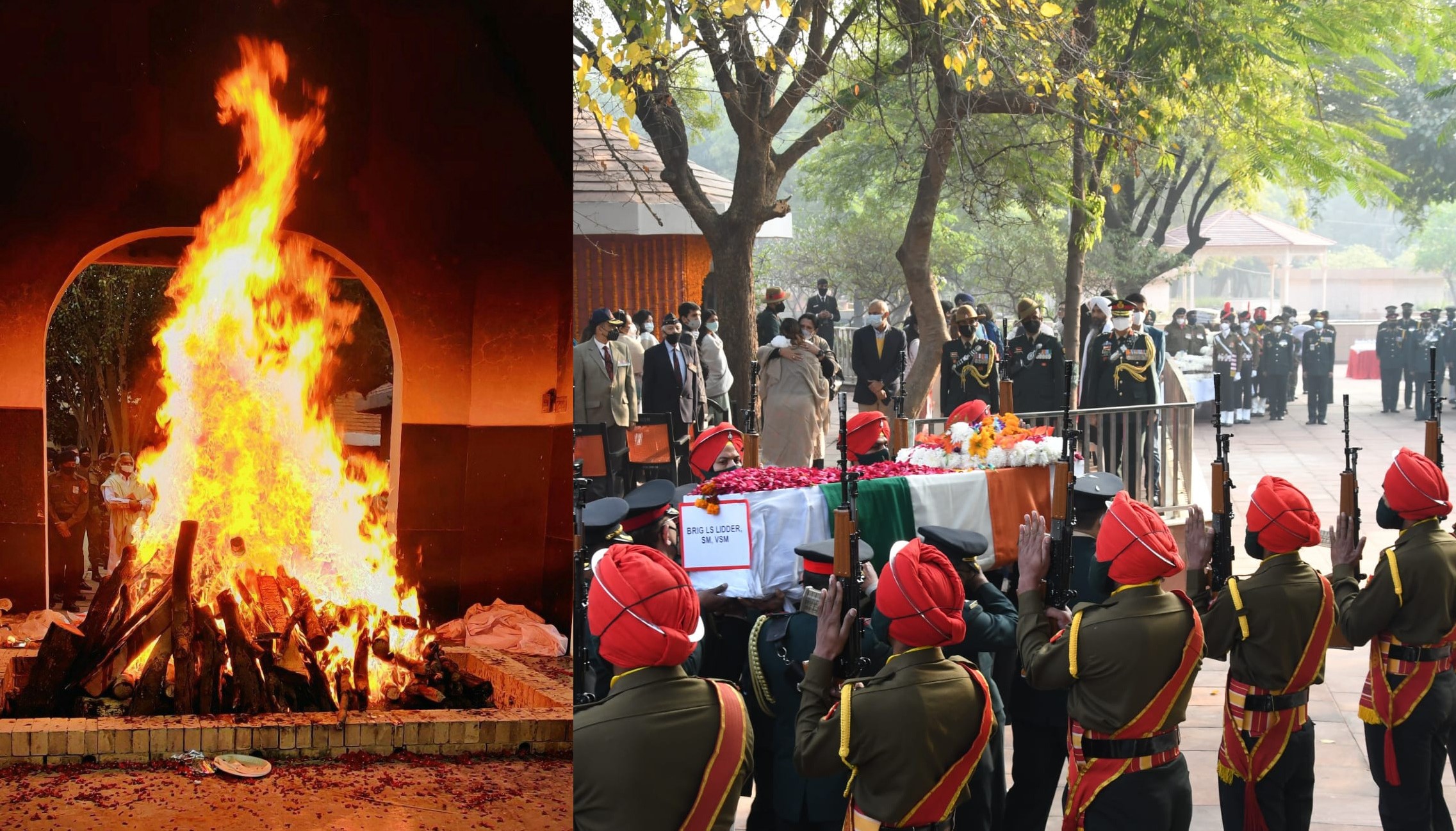 His last rites were performed along with his wife Madhulika Rawat, who too lost her life in Tamil Nadu Chopper Crash. AIR correspondent reports their daughters Kritika and Tarini performed their last rites.

The funeral procession carrying the Mortal remains of General Rawat and Madhulika Rawat began at 2 pm from his official residence three Kamraj Marg. As the mortal remains carried in a casket wrapped in a tricolour, was moved to a gun carriage, decorated with flowers, people showered petals and raised slogans in his praise. Military personnel drawn from all the three services marched towards the streets as drummers played along in tribute to India’s first Chief of Defence Staff.

Thousands thronged the route taken by General Rawat’s procession to pay last respects to the country’s first Chief of Defence Staff were raising slogans of Bharat Mata Ki Jai, General Rawat Amar Rahe and Uttarakhand ka heera.  A total of 800 service personnel were in attendance for the military funeral of the CDS. With moist eyes people from various walks of life bid tearful adieu to General Rawat at Brar Square crematorium.