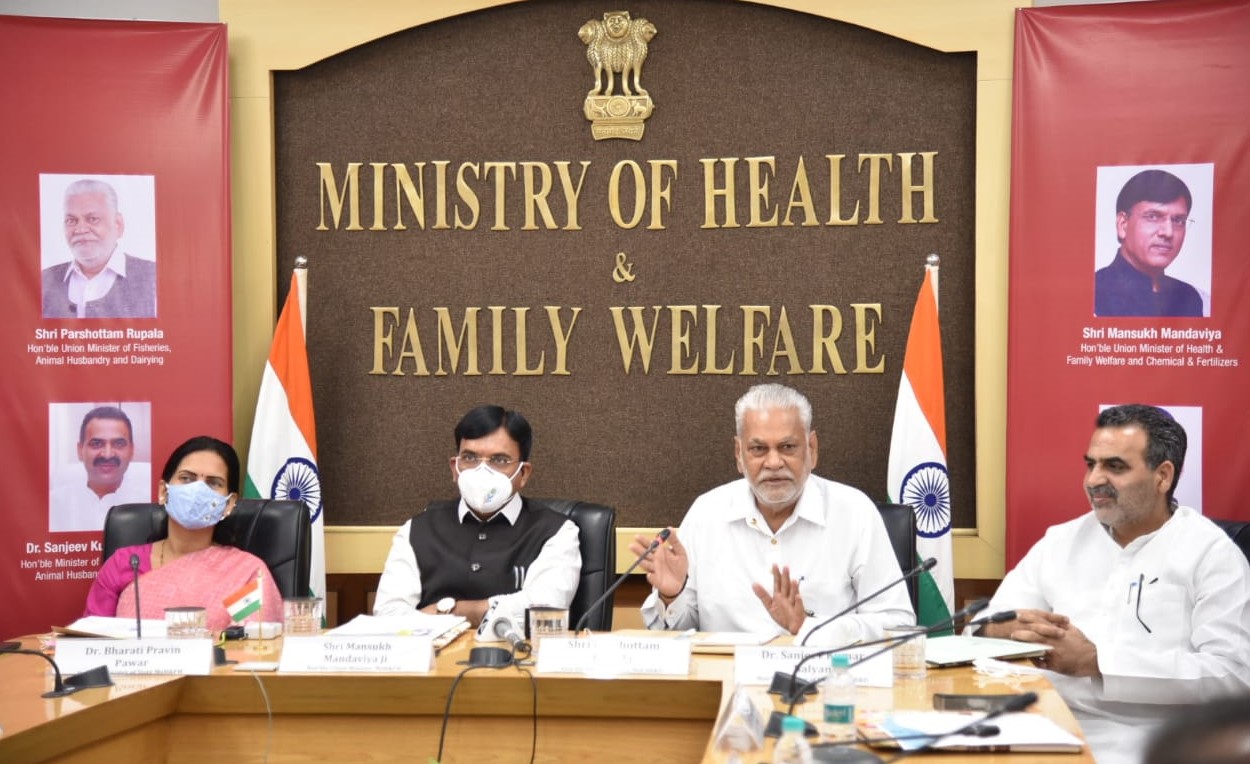 The Ministers urged all the States and UTs to make Rabies a notifiable Disease. Shri Mansukh Mandaviya and Shri ParshottamRupala also launched “Joint Inter-Ministerial Declaration Support Statement” for Elimination of Dog mediated Rabies from India by 2030 through One Health Approach.

Speaking on the timely importance of the event, Shri Mansukh Mandaviya noted, “Man is not an isolated animal and acquire diseases from animals who are also nestled in their environment. Outside of human purview, animals fight and amongst each other enabling viral transmission. Only a holistic approach to health keeping in mind human-animal interaction and their broader interaction with the environment can help alleviate such challenges.” He also observed that environmental factors like rainfall, heat-wave can also contribute to the trajectory of the pathogen and the disease which calls for more research and greater awareness in this area.

Reminding everyone of the outbreak of Corona virus, he said, “Earlier people did not venture out beyond a radius of 20-25 kms which has drastically changed with the advent of modern life. This has facilitated an individual for overnight inter-continental travel with layovers enabling him to come in contact with a wide range of people of various backgrounds in different countries resulting in quick and uncontrolled transmission.”

The Union Health Minister also spoke on the human cost extracted by the disease. Drawing from his own experience of contracting a zoonotic disease while treating an animal, he acknowledged that most victims of the disease are those who in their most productive years of their life. “Zoonotic diseases like Rabies claims the lives of people in their prime denying the family of their earning member,” he stated.

Shri ParshottamRupala alerted those present of the menace of Rabies in rural life although villagers refer to the disease as ‘Hadakwa’ unfamiliar with the English name. He said, “The mere mention of ‘Hadakwa’ induces terror in rural areas. Villagers will actively come forward when they understand that Rabies translates to ‘Hadakwa’. They will actively help the government in this noble endeavour”. He advised the senior officials present to use the more familiar term ‘Hadakwa’ in popularizing the activities to be taken up under the Plan.

The Minister for Fisheries, Animal Husbandry and Dairying also suggested undertaking extensive IEC to make people aware of the difference between vaccine and medicine with regard to Rabies; many people are confused and mistake the vaccine, a precautionary step with medicine, a curative solution after the onset of the disease. Although each Rabies death is preventable by vaccine, there are no medicines once the disease develops in a human.

Echoing the consensus of greater focus on One Health approach, he also suggested the institutionalization of an umbrella body for better co-ordination between inter-ministerial bodies and other stakeholders.

Congratulating the National Centre for Disease Control (NCDC) for drafting the action plan in consultation with the Ministry of Fisheries, Animal Husbandry and Dairying in a very short time-span, Dr. Pawar stated, “Rabies is 100% fatal but 100% vaccine preventable. 33% of global rabies deaths are recorded in India.” She expressed hope that NCDC with its rich experience in tackling zoonotic diseases like Nipah, Zika, Avian flu and surveillance of diseases like influenza, hepatitis would play a great role in Government’s effort to boost One Health approach.

Shri Balyan underscored the importance of One Health approach by pointing out that newer strategies need to be designed for the health challenges of this era, with two-thirds of all present diseases having their origin in animals. He observed, “Rabies does not fit into the domain of any one single department having the responsibility of controlling Rabies. The disease affects both humans and animals.”