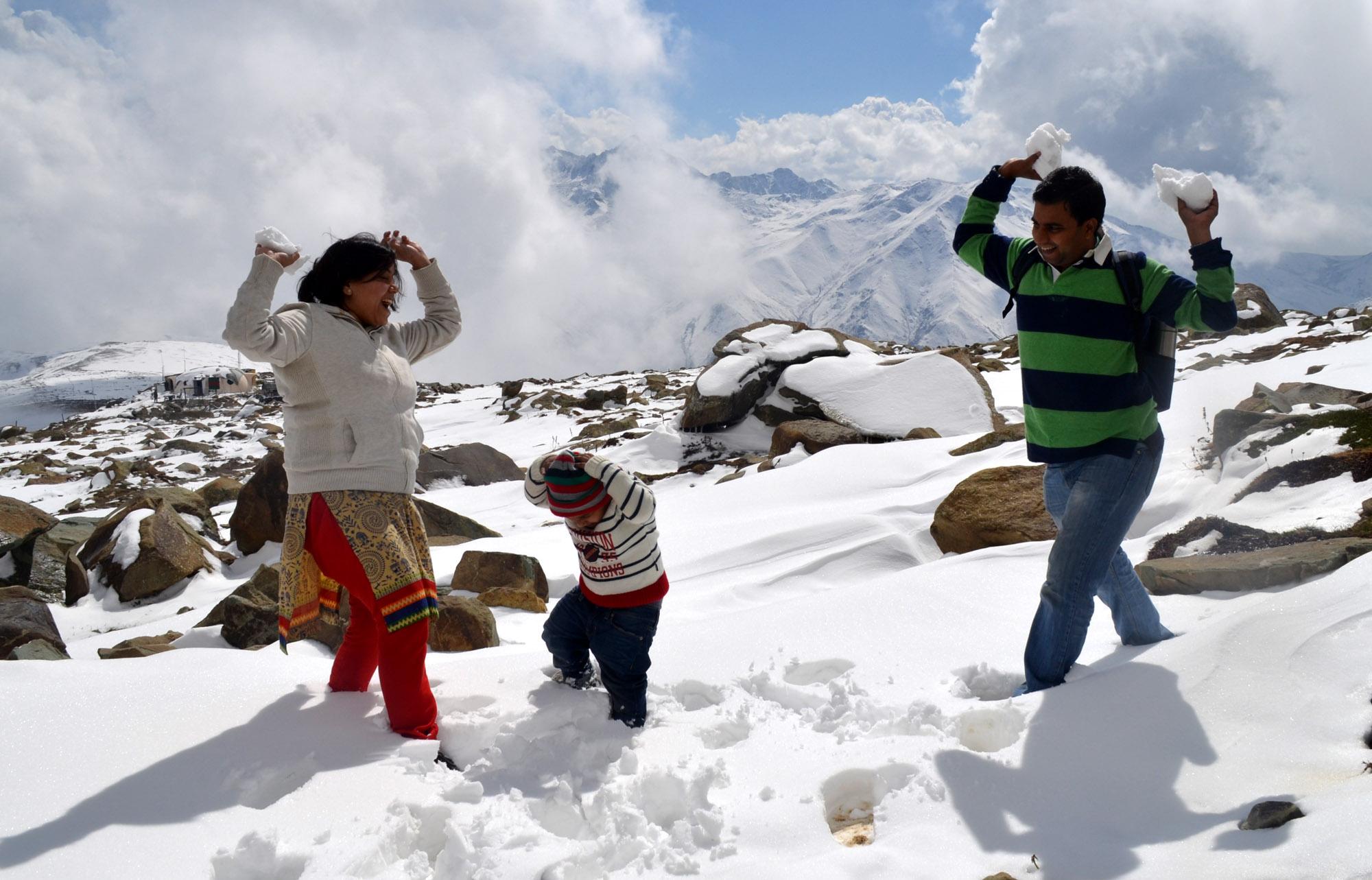 The New Year is expected to being on a snowy note as wet weather is predicted from January 1 in Kashmir valley, where tourists have thronged world famous ski resort of Gulmarg to celebrate the arrival of 2019, bringing cheer to the hoteliers and other players of tourism industry.

Meanwhile, ahead of fairly widespread snow and rain prediction for 48 hours from Tuesday, the night temperature dipped across Kashmir valley and settled several degrees below normal.

A Met department spokesperson told UNI that a fresh Western Disturbance (WD), which originated from the Arabian Sea and will approach the region though Afghanistan and Pakistan, will hit the region on Tuesday.

“Under the influence of this WD, scattered to fairly widespread light rain and snow would occur for 48 hours from Tuesday,” he said.

People continued to shiver in Ladakh region, where all the water bodies, including ponds and khuls, remained frozen, affecting normal life. The border town of Kargil was the coldest place in the region at minus 17.2 degree, followed by neighbouring Leh twon, where the mercury dipped about 2 degree and settled at minus 14 degree.

He said skies will be generally cloudy and very light snow could occur during the next 24 hours in Leh, where maximum and minimum temperatures will be around 4 degree and minus 12 degree, respectively.

Water bodies, including famed Dal Lake, froze yet again as chill revisited Kashmir, where summer capital, Srinagar was the coldest place. After witnessing above normal mercury on Sunday night, the minimum temperature dipped about 4 degree and settled at minus 6.6 degree. The night temperature in the summer capital was 4.5 degree below normal. Parts of the Dal Lake were again frozen, particularly near banks and interior parts, due to chilly weather conditions.

He said skies will be generally cloudy and very light snow could occur during the next 24 hours in Srinagar, where maximum and minimum temperatures will be around 7 degree and minus 2 degree, respectively.

Tourists have thronged the ski-resort, known as ‘Switzerland of Asia’, to celebrate New Year’s with the hotels at famous winter destination fully booked.

The night temperature at world famous health resort of Pahalgam also dipped and settled at minus 5.5 degree, against minus 2.5 degree recorded on Sunday. The temperature was slightly below normal in the health resort, which is about 100 km from here in south Kashmir.

The mercury at Qazigund, gateway to the valley, Kupwara in north Kashmir, and tourist resort of Kokernag settled at minus 4.7 degree, 5.3 degree, and minus 2.3 degree, respectively.(UNI)