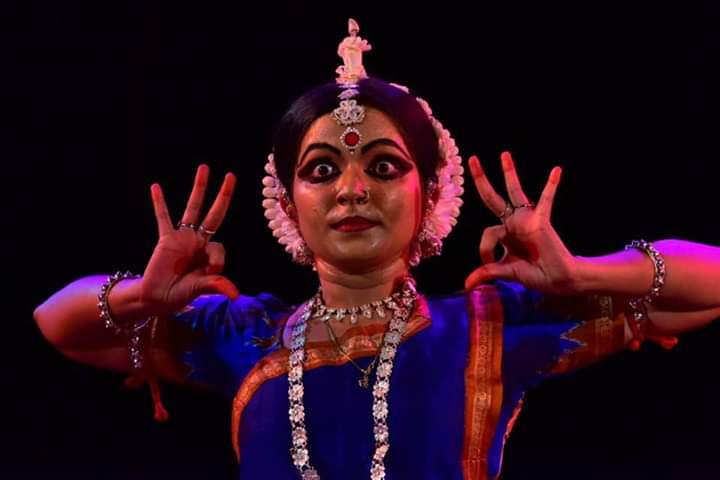 *Only those who know that critics are friends of dance and the dancers may read.

The five-day International Odissi Dance Festival 2018, which is put together by the Odia Language, Literature and Culture and Tourism Department of Odisha, and the GKMC Odissi Research Centre, was held from December 26 at Rabindra Mandap in Bhubaneswar.

The festival format is excellent for presenting a wide spectrum of dancers from India and abroad and offers a glimpse into the state of Odissi as practised by young dancers today across the world. Organising a festival of such proportions where scores of dancers perform over a period of five days (from 11am-10pm with 10-20 minutes allotted to each dancer/ group) is no mean task. Sangeeta Gosain who heads Guru Kelucharan Mohapatra Odissi Research Centre and her team must be congratulated for their tireless efforts in staging an event of such great magnitude.

However, there is an urgent need to discuss the alarming trends that are obvious from watching many of the presentations on the first there days. The music is raucous with the mike sets too loud especially for the mardal and the singers. Unless musicians remember that they are accompanists, and not the main performers, it will be impossible to watch any Odissi. Even Ratikanta Mohapatra, an eminent guru and chorographer, succumbed to the lure of the mike. Someone intelligent has to be in control at the sound room.

The LED lights and the indiscriminate change in lighting in various hues is the bane of dance. Dancers come across as dimwits for they shop for technology but do not know what to do with it. The LED lights that blind the audience and the mood lighting are no friends of the dancers; they must immediately shun them. Solo dance just needs simple lighting and the dancer should achieve the aesthetic pleasure in the audience by virtue of his/ her skill.

The huge tahia sand floral decorations that the women dancers sport on their heads sets in a sense of disproportion as soon as they make their first appearance on the stage; the head appears bigger than the body. Any amount of fine dancing becomes useless for the aberration in proportion makes the dancers appear like midgets.

I would be a cynic if I did not point out the few talents that I saw – Rabi Shankar Majhi, Sourav Mohanty (Guru Durgacharan Ranbir’s disciples); Madhulita Mohapatra, who came across as a seasoned artist despite the accompanying loud music; and Preetisha Mohapatra, who exhibited great potential even though the loud percussion drowned her performance. Rabi Shankar Majhi and Sourav Mohanty, both exhibited a fine technique with rare angashuddi and were a delight to watch. There might surely have been other talents… but this writer could not watch all the performers in the marathon festival format.

True to Kumkum Mohanty’s observation in the seminar on Jayantikaat, the festival, which also saw the release of Nartanam’s special issue on Jayantika, the accompanists of Odissi have ceased to play a supportive role. When musicians try to upstage the dancer by dominating the performance, they do service neither to themselves nor to the dancers. As said aptly by a member of the audience, there is a fine line between music and cacophony.

In a seminar organised on the occasion, Ileana Citaristi, who guest-edited Nartanam’s special issue on Jayantika –the historical body of dance gurus and scholars to reshape Odissi in the 1960s — highlighted its important moments and contributions while Priyambada Mohanty Hejmadi recollected the early days of Odissi and her performance of the repertoire of Odissi created by Jayantika. Kumkum Mohanty reminisced of the early days of Odissi and commented on the current scenario.

(Puranam, a celebrated dance critic, is editor of the Nartanam. Views are personal)