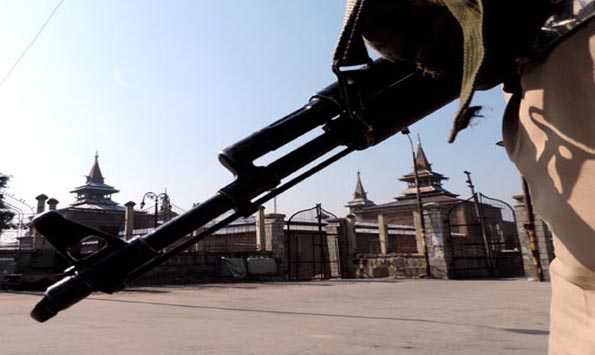 According to official records, the year going by witnessed the security forces neutralise around 275 militants, including self-styled top commanders.

As many as 86 civilians also lost their lives in different militant-related activities.

On one hand, insurgents, on the directions of Pakistan, targeted civilians and security personnel but on the other, security forces also killed 275 militants either on the borders or hinterland, to restore peace in the state of Jammu and Kashmir.

The Army launched Operation ‘All Out’ during which 275 ultras, including 30 top ‘commanders,’ of different

Under pressure of separatists and ‘commanders’ of militant outfits, extremist-related activities increased in the mid of this year.

From April to June 17, 72 deaths were reported in 88 militant-related episodes.

As many as 450 people died in militant attacks, which included 95 security personnel, who sacrificed lives for the nation in counter insurgency operations.

Major militant attacks took place, including fidayeen assault on Sunjuwan army camp, in the month of February in which six army personnel were martyred and a civilian died.

Three ultras of Jaish-e-Mohammad, which claimed the responsibility of Sunjuwan attack, were also eliminated by the Indian army.

Infiltration bids decreased as vigil was stepped up by Indian Army and Border Security Force on the Line of Control and International Border. Pakistan pressed into service its Border Action Teams which carried out over a dozen attacks along the frontiers.

On February 18, in Gulpur area, Indian Army eliminated one ultra, who was part of the BAT.

As per official figures of Union Home Ministry, security forces aggressively demolished and destroyed the hideouts of militants. During these operations, as many as 74 such locations were destroyed and a large amount of arms and ammunition was seized.

An official said that in 2018, to target security forces, ultras carried out 55 blasts in which two civilians and a security personnel were killed. Many extremists were arrested and three cases of surrender were also reported.

Two episodes of grenade blasts were also reported in Jammu district at Bus Stand, one in May and another in December in which three jawans of Jammu and Kashmir Police sustained injuries.

Pakistani Army carried out over 1,962 incidents of unprovoked ceasefire violations in which about 50 Indians lost their lives.

According to official data, Pakistan by August, 2018, violated the truce agreement on both LoC and IB 1,432 times, killing 59 security personnel and civilians.

India shares a 198 km IB with Pakistan in the Jammu region, while the LoC, the dividing line between Jammu and Kashmir and Pakistani-occupied Kashmir, is 740 km long.

Ceasefire violations along the Line of Control increased six fold from 2015 to 2018, according to official records.(UNI)