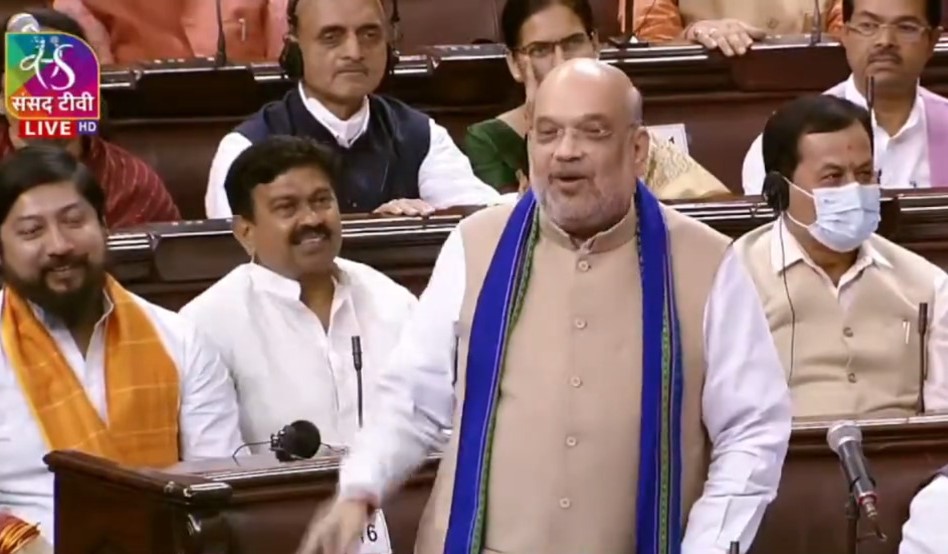 It envisages bringing about greater transparency, improved governance and more efficient delivery of civic service for the people of Delhi. At present, the three corporations in Delhi, North, South and East Delhi Municipal Corporations, have a total of 272 seats. While North and South corporations have 104 wards each, the East Corporation has 64 wards.

Replying to the discussion on the Bill, Union Home Minister Amit Shah rejected the Opposition charges saying that this Bill has been brought by following all the constitutional norms. He clarified that as Delhi is a Union Territory where there is separate provisions,  Parliament has the right to legislate on the matters related to National Capital Territory of Delhi. He said, the new Bill in no way encroaches upon the rights of Delhi.

Mr Shah alleged that Delhi government has not disbursed the 40 thousand 561 core rupees to the three civic bodies as per the recommendation of 5th Delhi Finance Commission. He said, if all the three municipal corporations are unified then the Administrative expenditure will be reduced and there will be one mayor in place of three mayors in Delhi.

Earlier,  moving the Bill in the House, Union Home Minister Amit Shah said that the bill has been brought with the objective of unification of the three Delhi Municipal Corporations into a single Municipal Corporation of Delhi. Mr Shah said that the Municipal Corporation of Delhi is responsible for the civic services of 95 percent of the entire area of the National Capital in which nearly one lakh 20 thousand employees are working in the three corporations. Home Minister said that many important places like Rashtrapati Bhavan,  Prime Minister’s House, Prime Minister’s office, Supreme Court and Embassies of countries are located in Delhi and therefore, it is necessary that all the MCD  should take up the responsibility of civic services.

He said, earlier, there was one municipal corporation in the city  but then it was trifurcated to form three corporations, in 2012 by Delhi government through amendment. He also alleged that Delhi government is meeting out step-motherly treatment to three Municipal Corporations of Delhi and so that not all the corporations are  equipped with sufficient resources to discharge their responsibilities.

Mr Shah pointed out  that if the State Governments deal with the local bodies with such an attitude then neither the Panchayati Raj system will be successful nor the urban local bodies. The Home Minister asserted that from the resources, strategic and cooperative point of view, it would be appropriate to have only one municipal corporation taking care of civic services of Delhi.

Initiating the discussion on the bill, Abhishek Manu Singhvi of Congress opposed the bill saying that it is constitutionally suspect and legally untenable. Speaking in the favour of the bill, Sudhanshu Trivedi of BJP said that the bill has been brought by following all constitutional norms and it is constitutionally a legal bill. Opposing the bill TMC member Jawhar Sircar said that it is a ploy to postpone the MCD elections in the city. R S Bharathi of DMK opposed the bill saying that the government wants to postpone the elections.