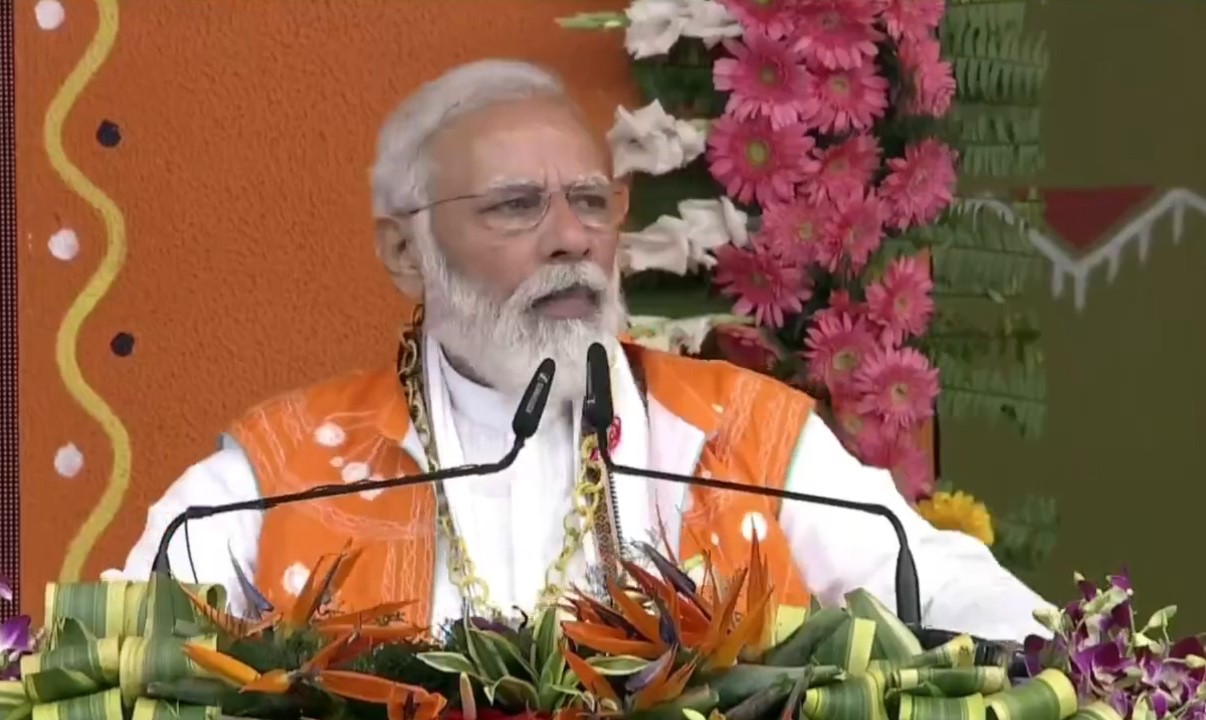 Continuing with the mission to build strong edifice of quality education for tribal students, Prime Minister M Shri Narendra Modi laid foundation stone for construction of 50 new Eklavya Model Residential Schools (EMRSs) in 27 districts of 7 States and 1 UT through virtual mode from Bhopal. The event was attended by dignitaries, political leaders, and senior officials from the Ministry of Tribal Affairs.

Eklavya Model Residential School (EMRS) is a Government of India scheme to establish model residential schools for Indian tribals (Scheduled Tribes) across India. It is one of the flagship interventions of the Ministry of Tribal Affairs, Government of India and was introduced in the year 1997-98 to ensure tribal students get access to quality education in the remote tribal areas.

The Union Budget for 2018-19 announced that every block with more than 50% ST population and at least 20,000 tribal persons will have Eklavya Model Residential Schools. The government has decided to set up 452 new schools across the country.

Recognizing the tribal culture and language of tribal students, Sh. Narendra Modi said, “Under Azadi ka Amrit Mahotsav (India @ 75) a resolve has been taken to establish nearly 750 Eklavya Model Residential Schools to support the education of tribal students. Out of that, large numbeof schools are already functional.” He also highlighted that per student expenditure borne by Central Government has increased from approximately Rs. 40,000 per student to more than Rs. 1,00,000 which shall lead to availing of quality education opportunities by tribal students. He also emphasized that special attention shall be given to regional language of the tribal students enlivening the spirit of National Education Policy-2020.

Eklavya Model Residential Schools are being developed to impart quality education to tribal students, with an emphasis on not only academic education but all-round development of tribal students. The schools cater to students from class VI to class XII, having a capacity of 480 students in each school.

At present, there are 367 functional schools spanned across the country established at par with NavodayaVidyalayas with focus on special state-of-the-art facilities for preserving local art and culture besides providing training in sports and skill development. Also, EMRSs are equipped with facilities catering to the students’ on-campus needs for holistic development and provide free education including boarding and lodging free of cost.

As part of activities initiated in commemoration of Azadi ka Amrit Mahotsav (India @ 75) from June 2021 till November 2021, there have been 21 EMRSs for which foundation stone laying ceremony has been initiated. The Ministry of Tribal Affairs has been making continuous efforts in the direction of upliftment of tribal community; education being one of its key areas of intervention. The presently held stately stone laying foundation event marks the indomitable spirit of the Ministry aiming to niche education as a powerful driver for tribal students to pave the roads for future success and accomplishments