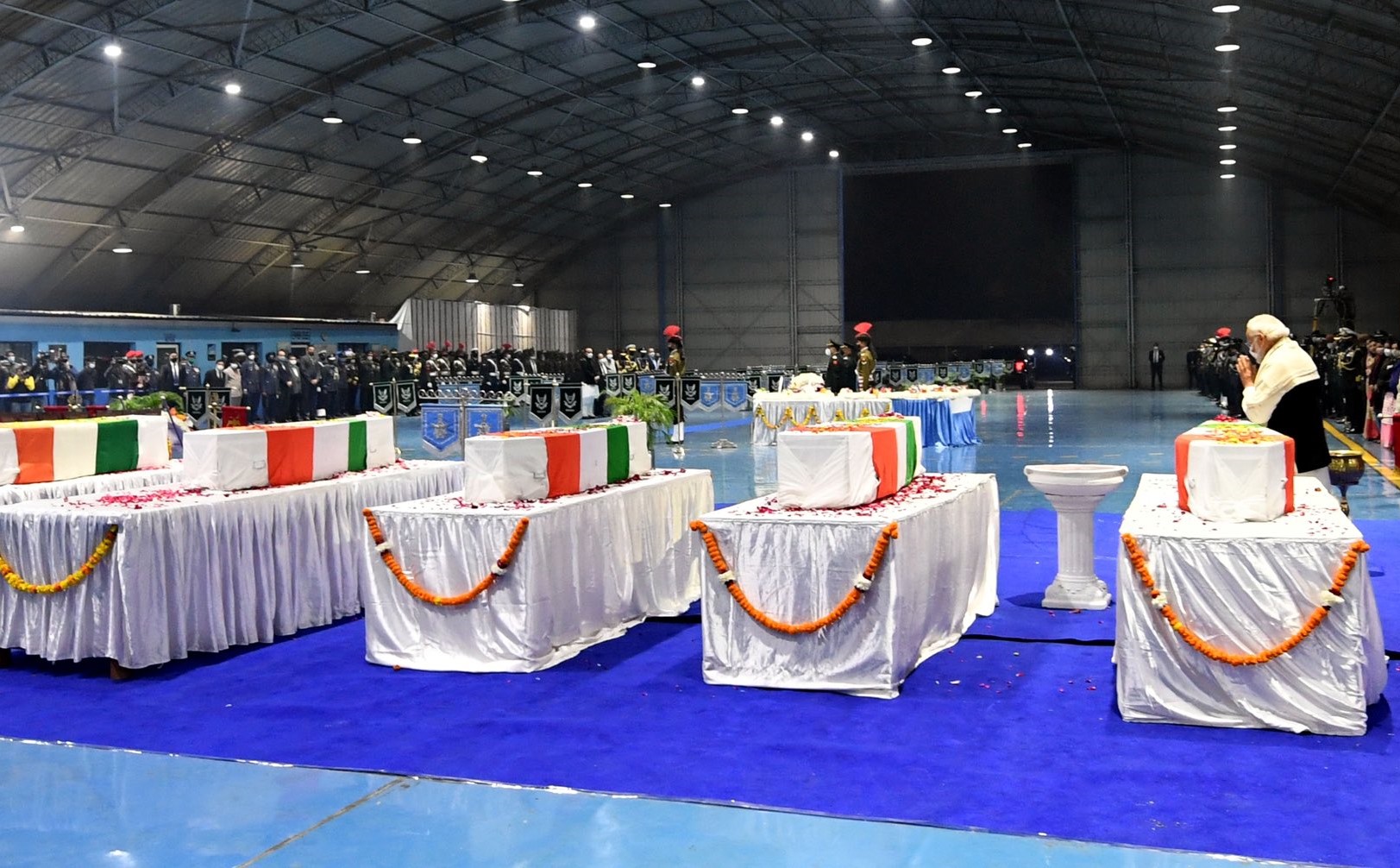 The mortal remains of those who lost their lives in yesterday’s chopper crash were brought to Palam airbase in Delhi by an Indian Airforce aircraft from Sulur. Chiefs of Army Staff, Naval Staff and Air Staff also paid their last respects.

Defence Minister Rajnath Singh met the bereaved families of General Bipin Rawat and other Armed Forces personnel who lost their lives in the chopper crash.

Civilians can pay tribute to General Bipin Rawat from 11 AM to 12:30 PM at his residence tomorrow. Military personnel will pay respects between 12:30 PM to 1:30 PM. Thereafter, the mortal remains will be taken in a gun carriage for funeral to the Brar Square Crematorium.
Indian Army said, positive identification of only three mortal remains has been possible as of now, that of General Bipin Rawat, Madhulika Rawat and Brigadier LS Lidder.