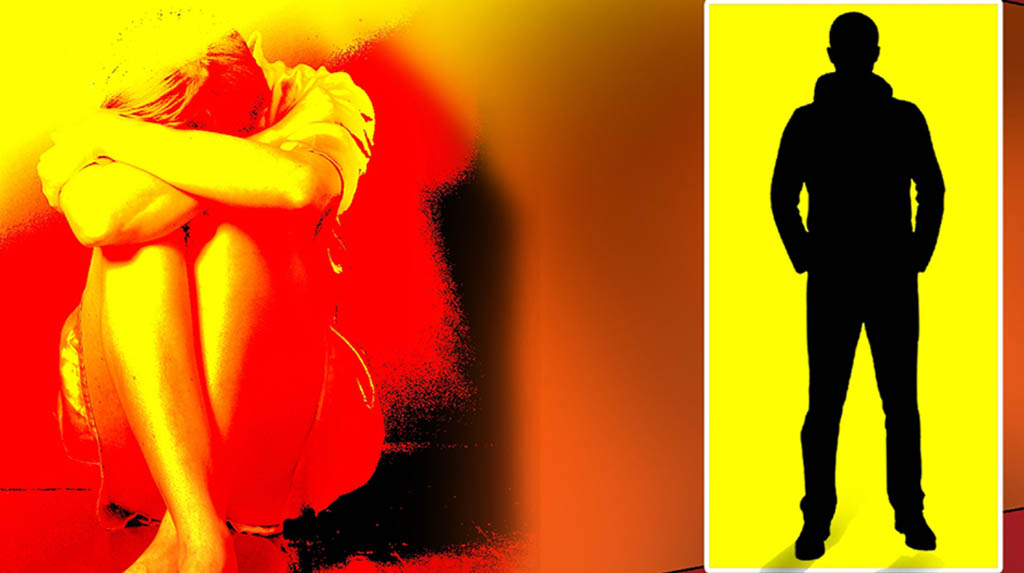 When the Nation was busy focusing on the success of a democratic constitution for last 73 years, a young woman was being gang-raped by a group of men including minor boys in front of their women family members just a few miles away from the Rajpath in Delhi. Humanity died a thousand death on this 26th January when after being gang raped the victim’s hair were chopped off, her face blackened before she was paraded through the lanes of the capital city by being garlanded with footwear around her neck. Delhi Police has arrested 20 persons including women as a part of the larger conspiracy. This gruesome incident has put a gamut of questions before us to rethink on the issues of rape and sexual assault in our country.

Rape is not a problem that should be solved rather it is a disease which should be cured. People don’t consider teaching their children about the term ‘consent’ or ‘safe sex’. They feel that talking about that word will itself pollute their mouth and their character.

If a murder victim’s family is not ashamed then why should the rape victim’s family should be ashamed rather than being angry. Most of the time the family move away from the place which emboldens the rapist that he can continue doing this because it is not affecting negatively in any way. Rape survivor just need acceptance naturally. And the victims need serious punishment of torture. And when each family of a rape accused decides to seal their lips they are helping the rapist in conducting another crime.

In some jurisdictions, male-female rape is the only form of rape counted in the statistics. Countries may not define forced sex on a spouse as “rape”. According to National Crime Victimization Survey Rape is a severely under-reported crime showing dark figures of up to 91.6% of rapes going unreported. Prevalence of reasons for not reporting rape differ across countries. They may include fear of retaliation, uncertainty about whether a crime was committed or if the offender intended harm, not wanting others to know about the rape, not wanting the offender to get-in trouble, fear of prosecution (e.g due to laws against premarital sex), and doubt in local law enforcement.

Most rape research and reporting to date has been limited to male- female forms of rape. Research on male-male and female-male is beginning to be done. However, almost no research has been done on female-female rape, though women can be charged with rape in a few jurisdictions. A few books, such as Violent Betrayal: Partner Abuse in Lesbian Relationships by Dr. Claire M. Renzetti No More Secrets: Violence in Lesbian Relationships by Janice Ristock, and Woman-to-Woman Sexual Violence: Does She Call It Rape? by Lori B. Girshick also cover the topic of rape of women by other women. It is strange that there are no laws present in India that can be used for sexual harassment on the male except Section 377 which was “Whoever voluntarily has carnal intercourse against the order of nature with any man, woman or animal, shall be punished with [imprisonment for life], or with imprisonment of either description for a term which may extend to ten years, and shall also be liable to fine”; Until 2018 when the supreme court allowed consensual sex against the law of nature. There is also POSCO act for the minors in our country which says that “Whoever commits penetrative sexual assault shall be punished with imprisonment of either description for a term which shall not be less than ten years but which may extend to imprisonment for life, and shall also be liable to fine” .

It is troubling enough that such a small proportion of reported rapes make it to court, worse still that so few victims come forward in the first place. But most disturbing of all is the reason why so many people keep their suffering to themselves: because they do not think they will be believed. That rape is still a dirty secret, hedged about with so much blame and shame that victims feel they cannot come forward, is testament to how far we still have to go.

There are, of course, great legal difficulties in rape trials. Sexual assault is one of the few crimes where proof lies not in the physical facts of the matter, but in the subjective intentions of those involved. One person’s word against another’s. It is difficult to understand whether it was a consensual sex or a rape. With no third party witness it just becomes a blame game and due to which sometimes the assaulter roams around freely, because in Legal System one is innocent until proven guilty.

This is no time for the abandonment of basic belief of justice, and simply shrug our collective shoulders, blame difficult issues of principle, which leaves a swathe of victims of violent assault with insufficient legal protection and cannot be acceptable in what is said to be a civilized society today. Till now some families of the victim are preferring their daughter get married to the assaulter because they are afraid of what the society will think about her daughter and no one will marry their daughter. And hence came the ‘marry-your-rapist-law’. The accused offers to marry the victim to avoid the legal proceeding. Equally, although victims no longer face the prospect of being cross- questioned by their attacker in court, pursuing a case to trial remains a horrifying ordeal. As a witness for the prosecution, the victim has no legal support, and faces intensely personal questioning from defense lawyers, often while face-to-face with their rapist for the first time since the assault. Even within the framework of innocent until proven guilty, there is more that can be done to ease the burden on victims, not least allowing them legal representation in court.

Part of the problem is the myth that rape is primarily a threat on the streets at night. Far from it. In fact, rape rarely occurs in the proverbial dark alley. The truth is both more banal, and more appalling: two- thirds of victims know their attacker, and assaults commonly take place in the home of either the victim or the rapist. Perpetrators rely on shame to keep their crime secret. Too often they are proved right. And if the conspiracy of silence is a problem for women who are raped, it is even worse for men.

The after of the rape and sexual assault is petrifying. Sexual violence is shockingly common in our society. According to the Centers for Disease Control and Prevention (CDC), nearly 1 in 5 women in the U.S. are raped or sexually assaulted at some point in their lives, often by someone they know and trust. In some Asian, African, and Middle Eastern countries, that figure is even higher. And sexual assault isn’t limited to women; many men and boys suffer rape and sexual trauma each year.

Regardless of age or gender, the impact of sexual violence goes far beyond any physical injuries. The trauma of being raped or sexually assaulted can be shattering, leaving you feeling scared, ashamed, and alone or plagued by nightmares, flashbacks, and other unpleasant memories. The world doesn’t feel like a safe place anymore. You no longer trust others. You don’t even trust yourself. You may question your judgment, your self-worth, and even your sanity. You may blame yourself for what happened or believe that you’re “dirty” or “damaged goods.” Relationships feel dangerous, intimacy impossible. And on top of that, like many rape survivors, you may struggle with PSTD, anxiety, and depression.

It’s important to remember that what you’re experiencing is a normal reaction to trauma. Your feelings of helplessness, shame, defectiveness, and self-blame are symptoms, not reality. No matter how difficult it may seem, with these tips and techniques, you can come to terms with what happened, regain your sense of safety and trust, and learn to heal and move on with your life.