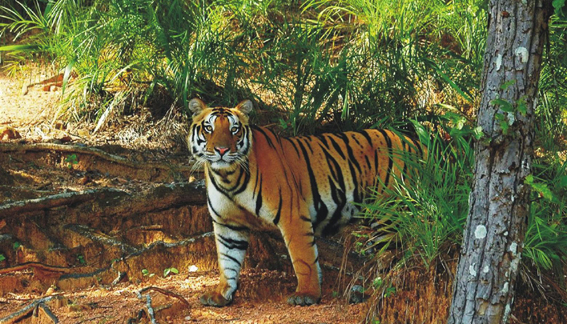 The normal assumption about preparedness to handle the challenges in country’s first ever inter-state translocation of tigers has appeared now to be an overrated one that today ends with a capital NO.

The death of MB 2, the first tiger brought from Madhya Pradesh to Odisha’s Satkosia sanctuary under the maiden inter-state translocation project has cast a huge shadow over the efficient handling of wildlife challenges by the department.

The prologue of each such episode usually remain a lingering monotony of  evasive statements over probes and so on, eventually culminating in a epilogue that pushes a foot soldier to become the scapegoat.

There is a similar veil of uncertainty over the death of MB 2 and the concerned divisional forest officer, in an interaction with a media outlet, was heard saying that a probe is on to find out the reason behind the death of the tiger. However, the reasoning behind the infection in the neck or temple of the dead animal is still nebulous. Now, there will be, as usual, a team or two from outside the state to play the role of ombudsman and nothing, in fact, will come out finally.

Reportedly, the director of the National Tiger Conservation Authority (NTCA) is reaching the site, perhaps, to rehash or hogwash the colossal ignorance of the local authorities and then to say something that would only create a smokescreen helping the reality to remain in confusion. At the best, a forest guard or forester may face the axe.

When another tiger died in the Debrigarh sanctuary in Bargarh  recently, it was a pathetic downturn where the left hand did not know what the right was doing. At last, a forest guard was brought to the gallows.

And, the on-again and off-again series that was demonstrated during the tranquilisation of tigress Sundari was a hall-mark fiasco from the wildlife wing. Everything seems to be mired in lamentable controversies and ignorance.